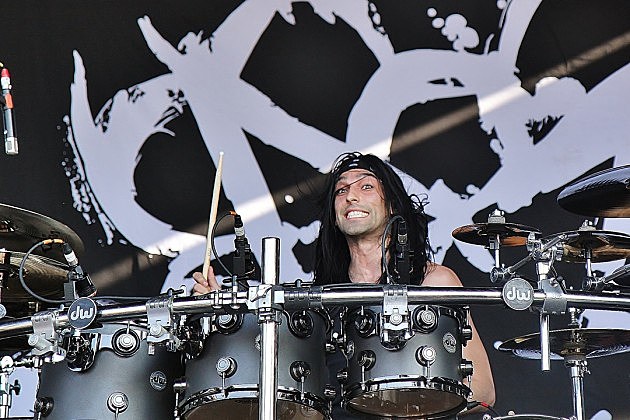 Rock’s disabled list is starting to get a little crowded. Motley Crue drummer Tommy Lee has sat out a string of shows while dealing with tendonitis. Slipknot turntablist Sid Wilson has a gruesome looking ankle and foot that’s limiting his onstage mobility. Everyone knows about Dave Grohl‘s stage throne that was necessitated after his tumble offstage earlier this year. And now, Black Veil Brides are canceling a show in Ventura, Calif. in order to give drummer C.C. Coma some much needed rest for a hand injury that will hopefully allow him and the band to complete their current tour leg.

According to a post from Black Veil Brides, Coma has been playing through a torn ligament in his hand and the band’s heavy tour schedule has taken its toll to the point where the drummer needs a break. As such, they’ve called off their show in Ventura, with the hope that a few days off will allow him to heal enough to complete the final shows of their current tour leg in Santa Ana and Sacramento. The band’s post on the matter can be read below.

We are sorry to announce that due to an unforeseen injury we will not be able to perform in Ventura. Our drummer, CC, has been fighting through a torn ligament in his hand which has been made worse by the current tour and travel schedule. We will be returning to Los Angeles for him to see a specialist to heal his hand to the best of his abilities. It has been suggested by the doctor that we give him a few days off before he returns to the stage in Santa Ana. We intend on playing both the Orange County and Sacramento shows to finish off the run, if his injury permits. Again we apologize for the inconvenience and will make up the show at a later
date, however at this point we just cannot take the risk of him
exasperating an injury that could render him unable to play in the
future. Please send your positive thoughts and good vibes his way as he deals with this pain.
– Black Veil Brides