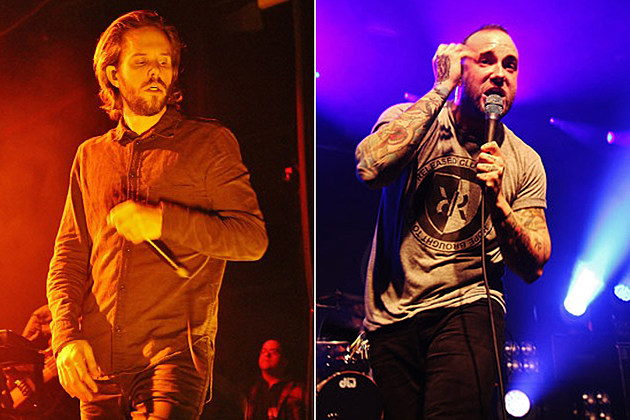 When talking about the most anticipated tours of early 2016, we’ve got another contender to add to the conversation. Prog metal favorites Between the Buried and Me will team up with metalcore vets August Burns Red for a co-headlining run that’s sure to be a hot ticket.

The two bands just announced dates that will kick off March 4 in Sayreville, N.J. at the Starland Ballroom and will keep them out on tour through the April 17 tour conclusion at New York’s Webster Hall. Between the Buried and Me just completed an extensive headline tour just before the holidays in support of their Coma Ecliptic disc and will keep the ball rolling with the new run. August Burns Red, meanwhile, are keeping the momentum going behind their 2015 release, Found in Far Away Places. The disc features the song “Identity,” which recently earned the band a Best Metal Performance Grammy nomination.

Joining Between the Buried and Me and August Burns Red on the run will be The Faceless and Good Tiger. The Faceless will add some variety to the tour with their technical death metal stylings as they ramp up to their next studio album, In Becoming a Ghost. Good Tiger, meanwhile, are just getting started in their career, releasing their A Head Full of Moonlight disc back in November. So come out early to catch the upstarts rockers as they start to build their audience.

Tickets for the tour will go on sale this Friday (Jan. 8) at 10AM local time. There will also be VIP packages available. Check here for additional VIP package details.

Between The Buried And Me Additional tour dates
5/6 – Concord, N.C. @ Carolina Rebellion
5/22 – Columbus, Ohio @ Rock on the Range

Between the Buried and Me / August Burns Red Tour Poster 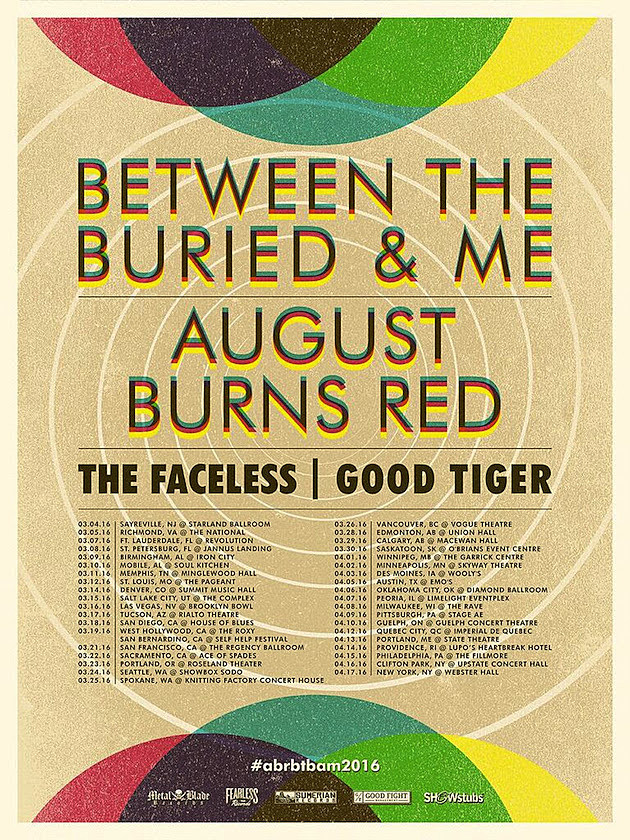