Baroness’ longtime guitar player, Pete Adams, has amicably left Baroness, electing to spend less time on the road and focus on a burgeoning non-music business and his home life.

“I would like to say thanks to all of the Baroness fans far and wide and all of the support through the ups and downs along the way,” says Pete. “I feel beyond fortunate to have had the chance to travel great distances with Baroness and to meet so many of you. I honestly never thought I would be able to do what I have done with Baroness. Playing alongside my oldest friends, playing music that isn’t simply readily accepted by the masses, and sharing the stage with some of the best musicians and bands from around the globe. That said, it’s time for me to focus my energy closer to home and not on the road. However, this isn’t the end of my musical career by any means as I plan to continue working with Valkyrie. Again, thank you to all along the way, and most importantly thank you greatly to the current, past and future members of Baroness.” 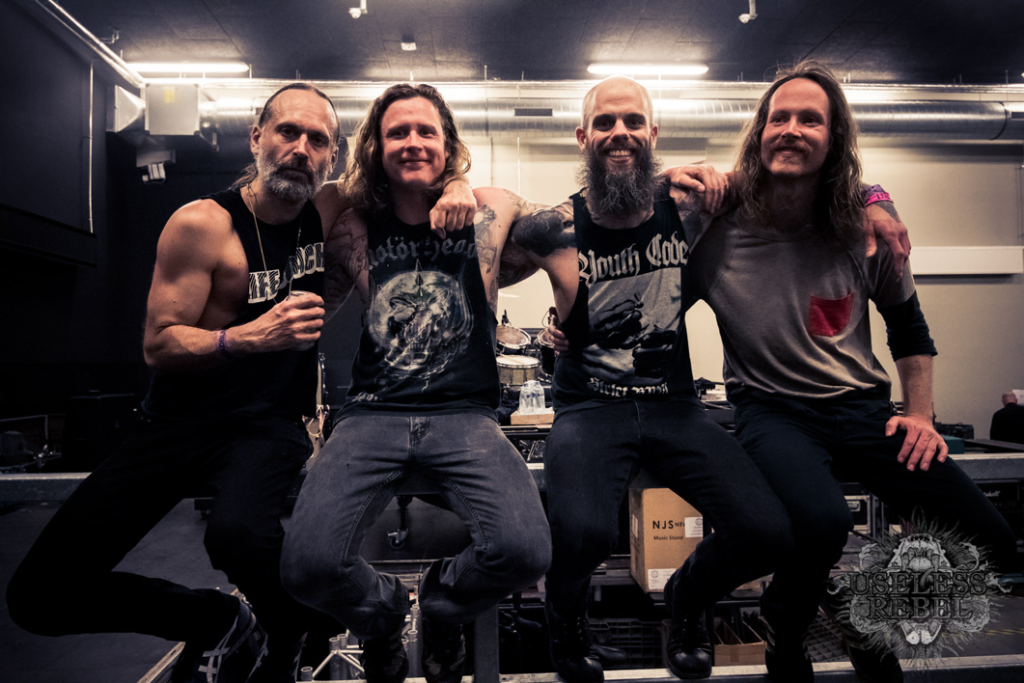 Band founder, singer and guitar player John Baizley commenting on Pete’s departure: “I need to take a moment, on behalf of myself and Baroness, to recognize and sincerely thank one of my oldest friends and bandmates, Pete Adams, as he moves on from Baroness to pursue a new phase in his life. I feel fortunate beyond words to have shared the stage with you for nearly 25 years, since we were barely teenagers. It would be impossible to articulate the value and impact of the personal history, friendship and musical bond we have enjoyed throughout our lives and within this band. Through Baroness, we’ve seen that friendship grow further and often in unexpected ways; we’ve taken part in so many adventures together that it’s difficult to keep track of them all. It’s never easy to part ways but it is important to highlight a couple of things: First, we offer unconditional support and respect for Pete’s decision and we’re excited to see where his path leads. Second, Baroness will forge ahead with an undiminished passion and as much creativity as ever. The narrative of this band has often felt as though it falls into distinct chapters, and while we’re excited to move into the next, we are equally sad to see Pete go. When Pete and I were kids, as he’s often said in interviews, we shared a dream of growing up and playing music together and seeing the far corners of the globe. And we did. Thank you Pete, for being a friend when I needed support, a brother when I needed family, and a bandmate when you and I had a hunger to see the world.”

Baroness have added guitar player Gina Gleason, a Philadelphia native who Baizley, Nick Jost and Sebastian Thomson are excited to have on board:

“With Pete Adams’ official last show just over a month behind us, and a European tour on the not-so-distant-horizon, we are proud to welcome our new guitarist, Gina Gleason, into Baroness, and we hope our fans will share in our excitement and provide her a warm welcome into the Baroness family. She has worked tirelessly in recent weeks/months, not only learning the specifics of our material, but slowly beginning to carefully stake out her own personal territory within our sound. Throughout the lifespan of this band we’ve had the genuine pleasure of working with incredibly gifted artists/musicians, who recognize in Baroness the need each member has to contribute something of their own musical personality, rather than imitate one that’s been established, not simply to respect the individual contributions of past members, but to develop a genuine connection to our songs, old and new alike. Gina’s ability both to learn our music and to find her own voice within our songs has been inspiring to observe, and it helps once again to renew our belief in this band’s music, which we’ve come to rely on as a true wellspring of creativity and musical discovery.”

Baizley, adds: “I really thought I would have become a jaded musician at this point, with nothing left to discover and no will to try, but each subsequent year proves me wrong. We’re bringing a bunch of songs on tour that haven’t been played in many years; we’re anxious to dust off some of these earliest Baroness songs. Thanks to all of you who have offered your support over these years. We’ll be seeing you soon.”

Baroness has posted rehearsal footage with their new guitarist Gina. The performance of “Chlorine and Wine” can be viewed here youtu.be/bUTzDS9TZc4 and a video of “Morningstar”, incl. John Baizley talking about the line up change can be watched here:

Baroness released the Grammy-nominated album, Purple, in late 2015. The 10-song album has been universally praised with Pitchfork saying it features “some of the biggest, strongest songs Baroness has ever written,” Entertainment Weekly calling the album “their finest release yet,” Rolling Stone Australia dubbing it “the most dynamic, robust guitar album this year,” and Mojo echoing those sentiments, saying “Baroness have delivered their masterpiece: an album grounding their cosmic heaviosity with earthbound, compelling drama.” Purple and the songs from the album also landed on a number of year-end best of lists with “Shock Me” coming in at #10 on Entertainment Weekly’s Top 40 Songs of 2015, Pitchfork awarding it #6 on their Best Metal Albums of 2015 round-up and Rolling Stone placing the release at #7 on their 20 Best Metal Albums of 2015.