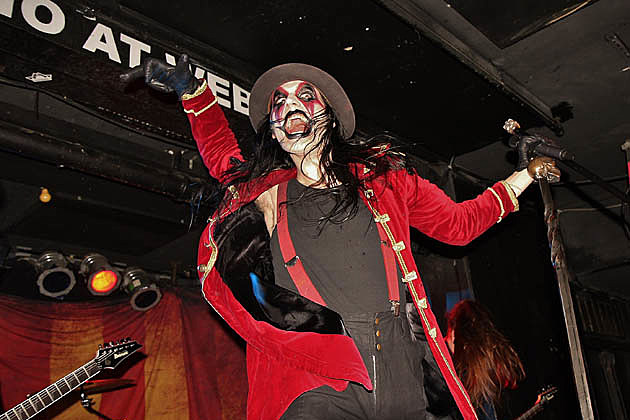 December is typically the time of year that bands are wrapping things up for the year, but that’s not the case for Avatar. The Swedish rockers have entered the studio to start work on their sixth album, which is expected to arrive sometime next year.

“Every band makes a point out of saying they’re pushing boundaries, but I see few who keep on challenging themselves the way we do,” says frontman Johannes Eckerström. “There is no formula, no cheapness, no shortcuts. We are once again embarking on a journey completely new to us.” He adds, “Avatar is growing higher and deeper and I am proud to say we are outdoing ourselves again. If we didn’t make sure to feel like this every time, we wouldn’t bother at all. I’m very excited, and you should be too.”

The band will be helped on their journey by acclaimed producer Sylvia Massy (Tool, Red Hot Chili Peppers, System of a Down). “Avatar is an amazing band,” says Massy, adding, “The singer has the wild energy and charisma I love, and the players are relentless. The album we’re making is an epic. Each song powerfully stands on it’s own, but is only a piece of a larger story. This album is the project I’ve been dreaming about for years!”

The band will split their time between three European studios — Castle Studios in Rohrsdorf, Germany, Finnvox Studios in Helsinki, Finland and Spinroad Studios in Lindome, Sweden. In addition, fans can keep up on their progress via the band’s newly launched Instagram account. They’ve already offered several photo postings along with video of drummer John Alfredsson pounding away on the skins. See some of the postings below.

This is the moment

This is a brotherhood

This is history in the making

This is just the beginning

This is the foundation

Look for Avatar’s still-untitled next album being released by eOne Music in the U.S. and Canada and by Century Media overseas. And catch them on tour in the U.S. and elsewhere in 2016. Dates can be found here.