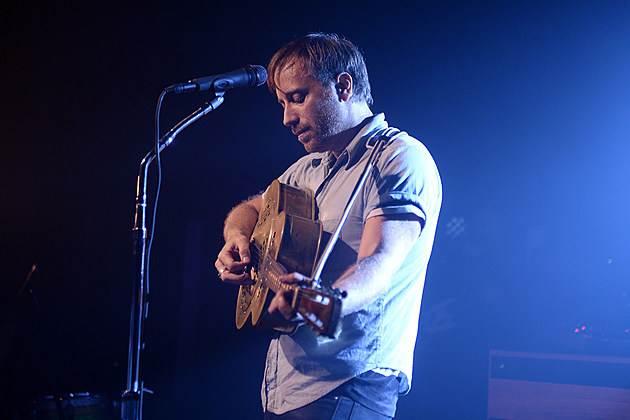 Dan Auerbach, best known for his work with the Black Keys but currently touring with his other band the Arcs, was in Paris on Friday (Nov. 13) performing around the same time that the terrorist attacks were occurring at the Bataclan. The rocker shared his harrowing account of being in the city during the attacks with Rolling Stone writer Patrick Doyle.

According to Auerbach, the band had just gotten offstage at Le Trianon when the news started to trickle in. Outside they heard sirens and then came word of a bombing at the Eagles of Death Metal show. He reached out to Josh Homme via text only to learn that the rocker was not on tour with the band and was in Los Angeles, but soon found out that the rumors were true.

He recalls, “We were playing a club almost the same as the Eagles of Death Metal: a 1,500-seat, 150-year-old theater [three] miles away from them, an American band. It’s crazy. They locked down the building. We were there for about an hour. We heard there were still gunmen on the loose. We knew there were two separate hostage situations. We were on a balcony. We had a good vantage point. We were hunkered down listening for gunshots. We had people guarding all the doors, which were all locked up. We saw the helicopters flying above us; police cars just screaming by.”

Auerbach says eventually the decision was made by their tour manager to get everyone out of the area, so they made a break for the tour bus and “rolled out of town fairly easily and made it all the way to Milan without any trouble.” He added, “We saw a lot of police cars and ambulances. There were a lot of people in the street, just looking, looking around. People seemed to be in disbelief.”

As has been reported, one of the victims of the terrorist attack was Nick Alexander, who had worked with the Black Keys as their merch guy at one point in his life. Auerbach stated, “We’d been working with him for years. He was part of our family basically — one of those guys we’d see every time we come over here for these big European experiences we’d been having for 10-plus years. He was always there; a really nice guy, always with his mod haircut and his big smile.”

The vocalist continued, “When the Black Keys go out on the road, we’re supporting about 30 people, and we have a very strong bond with these guys. Every band does. It’s stronger than most working relationships because you’re traveling in this weird gypsy lifestyle together. Nick was just a really nice guy. He was just an absolute rock and roll guy. He lived for it. Selling merch is a really, really tough job. He was one of the first ones in, last ones out. You have to be 100 percent prepared for that short burst of sales, that wave of people when they come in and when they come out. When you find someone really good at that job, you try to hold on to them. He was that guy for a lot of people.”

Auerbach says the Black Keys last played the Bataclan, where the terrorist attack took place, about five years ago. He adds, “It’s a place I’ve been to a lot; a place I’ve been with the guys I was with last night. It just really hit home. I know people that were there last night. I know people who are like, ‘What am I gonna do – see the Arcs or the Eagles of Death Metal?’ And I’ve woken up feeling very out of sorts. What do you call it, survivors’ remorse? Why the hell did it happen there and not where we were playing? I’m just so brokenhearted about all those people. And I think about our sound guy and lighting guy who would have been right there. It’s so scary.”

As stated, the Arcs made it to Milan for their next show, which will take place Monday (Nov. 16) at the Alcatraz venue. Their remaining European tour dates can be found here.