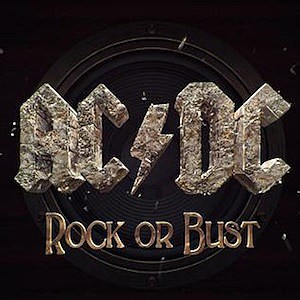 Four decades into their career and AC/DC are still a rock ‘n’ roll wrecking ball, dominating airwaves and lighting up the charts. Released at the tail end of 2014 on Nov. 28, Rock or Bust made its biggest impact felt this year, recording the highest record sales of any hard rock album according to Billboard’s year-end “Hard Rock Albums” chart.

Containing four songs with the word “rock” in the title, AC/DC continued to epitomize the genre and moved over half a million copies of Rock or Bust since its release and nearly three million worldwide. The album was certified gold by the RIAA on Jan. 15 of this year, making it the Australian rock group’s 22nd album to achieve that status or better. Propelled by the singles “Play Ball” and the title track, the 16th studio effort from AC/DC showcases their trademark sound, exemplifying the adage “if it ain’t broke, don’t fix it.”

Half of the top 10 highest sellers of 2015 are releases from last year and have been compiled through Nielsen Music. Gathering sales data from retail outlets, direct-to-consumer sales, Internet sales and albums sold at concerts, these avenues account for over 90 percent of the music market in the United States. The list also includes heavyweights like Foo Fighters, Slipknot and, receiving very little mainstream radio play, Iron Maiden.

The full list of the highest selling hard rock albums of 2015 can be seen here.

AC/DC will be firing up the touring machine in 2016, though still without long-time guitarist Malcolm Young. The brother of rock’s oldest schoolboy, Angus Young, Malcolm has stepped down from his duties in the band as he is currently afflicted with dementia. Rock or Bust was the first album not to feature the tenured axeman, but the bloodline remains as his nephew Stevie assumed his spot. Drummer Chris Slade has also been taking Phil Rudd‘s spot on tour as he battles a host of legal troubles back home, including violating home detention stemming from “threatening to kill” and drug possession. For a full list of dates, visit our 2016 Guide to Rock + Metal Tours.

See How Old Angus Young + Other Rockers Are