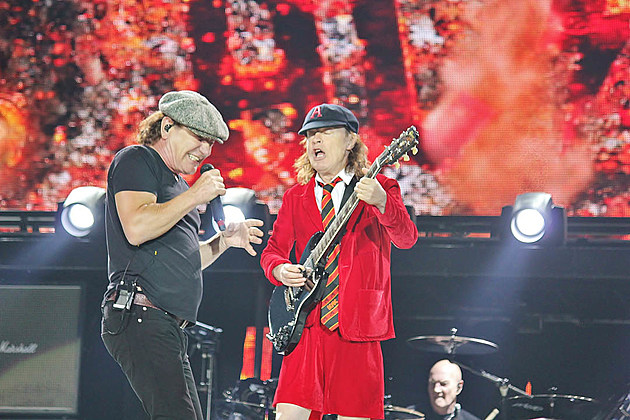 When it comes down to it, AC/DC are Australian music royalty. And as such, they’re pretty much an obvious choice when it comes to any sort of musical Hall of Fame that deals with Australia. On Friday (Nov. 20) in Victoria, Australia, the band added to their awards mantle with an induction into The Age Music Victoria Awards Hall of Fame.

The voting for the honor was done by a panel consisting of previous inductees, musicians and music professionals, who had the task of choosing a 10 member induction class. AC/DC headed the list, along with Olivia Newton-John and Little River Band vocalist John Farnham. The list of 10 also included the Palais Theatre venue as well as the Sunbury Festival, along with a couple of music industry professionals.

According to the Sydney Morning Herald, Music Victoria chief executive Patrick Donovan presented the award with Albert Music’s David Albert and stated that the band became “a sensation on Ripponlea-based Countdown as soon as the show exploded colorfully onto national TV” before launching themselves on the world. He added, “Two of the world’s best axemen, Angus on lead and Malcolm on rhythm, forging some of the biggest, baddest riffs we’ll ever know … They moved to Melbourne, sharing a rental house in Landsdowne Road, St Kilda where they jammed and practiced, played blues records and wrote songs through the day and night.”

As for AC/DC, Angus Young offered a statement, saying it was “an absolute honor” to be recognized on the tenth year of the Hall of Fame. He added, “Victoria has a special place in our hearts, especially the early years of the band. Thank you for the induction into the Age Music Victoria Hall of Fame.”

AC/DC are in the midst of a tour of Australia and New Zealand. Their next performance comes Saturday night in Adelaide, with shows booked through Dec. 15 in Auckland, New Zealand. See their remaining shows here.