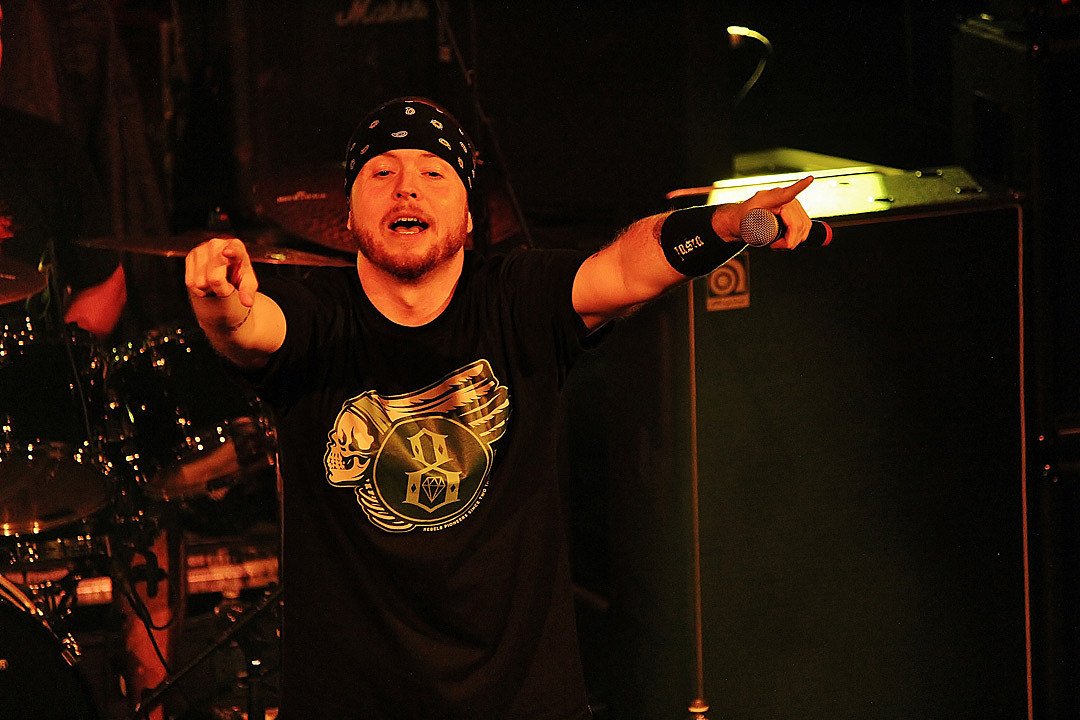 With obliterating anthems that get crowds moshing and fists pumping, Hatebreed got the boat rocking on this year’s Motorboat Cruise. We had the opportunity to sit down with vocalist Jamey Jasta who spoke about forthcoming Hatebreed material. The frontman also talks about the band’s longevity and what we can expect from them in 2016. Check out our interview with Jamey Jasta of Hatebreed below:

Is there any new Hatebreed material on the horizon?

Yeah, we do a new record when we go home after the final of the 20th anniversary shows – technically we started, Wayne [Lozinak] will say we started in November 1994 so the fact that we milk it November of 2015 we milk an extra year out of the 20th anniversary thing. The new record will come out hopefully in the Spring [2016]. We got a lot of great ideas Chris [Beattie] has been sending me a lot of killer riffs and I have a lot of riff and lyric ideas that I’ve been putting down. I riff whenever I can and I looked at all of my little recordings and I was like, “Man we probably have enough for seven or eight songs right now.” I think it’s going to go quick, I think it’ll be good.

There were so many strong lyrical anthems on The Divinity of Purpose. Are you taking the same approach to the new album lyrically?

No, you know what, I think I’m going the opposite direction, because I feel like it’s what people expect. The next album, lyrically, what I’ve written, it’s more stories and commentary than it is personal and it’s real negative. [Laughs] So I think people are going to be – I don’t want to say thrown off by it — but I think that people might be like, “Whoa, what’s going on?” We’ll see.

From your Jasta solo material to Kingdom of Sorrow – are you working on any other musical projects as well?

Everybody on the boat has asked me when we’re going to do a new Kingdom of Sorrow album and I didn’t realize we haven’t don’t a tour with Kingdom since Mayhem Fest and then people are like, “You realize it’s been five years since the album.” Well technically it’s been four and a half. I feel like if we try and get our schedules together now, I think it’s going to bum out the Crowbar fans that just want the new Crowbar because the new Crowbar album could be out by the same time as the new Hatebreed if they keep kicking ass.

When I talked to Kirk [Windstein], they’re already nine songs in and they’re trying to have 11 done by around Thanksgiving. I can’t say what tour they just got but they got another tour for December. Think about this, with The Symmetry in Black album cycle, all they did was headline and at the tail end of the album cycle they get the Soulfly support slot which is great for them and then they get this other tour for December which I can’t announce yet and it’s not a very long tour but it’s very prominent, someone in that stoner heavy world that will be a different crowd from Soulfly. [The Crowbar tour ended up being announced as a December trek with High on Fire.] With that momentum they need to ride into a new Crowbar record, so to not kill their momentum we’re trying to do something different with Kingdom.

I do have some Jasta tracks though if anybody wants to go to jastahq.bandcamp.com there’s two new Jasta tracks up and I might do another one before Christmas. I got a bunch of cool songs, Mark Morton of Lamb of God wrote a bunch of songs, Doc of God Forbid wrote a song that I got to record when I get back – as long as it doesn’t cut into my Hatebreed recording schedule. I’ll put it on iTunes and stuff too.

Next year marks the 10 year anniversary of Supremacy and 20 years since the EP Under the Knife. What does that longevity mean to you as a whole?

It just means that we have the best and most supportive fans ever. It means that there are new kids that are just getting into those records, they come into their own and they find metal and rock music, it’s really cool. I think Supremacy is one of those records where it caught on later, even though we had huge exposure with the videos and the big Ozzfest with Avenged Sevenfold and Disturbed it was huge for that record but it really caught on three, four years after. Songs like “Destroy Everything” remain a top song. It would be cool to do the whole album in its entirety next year at some point, it would have to be short, like a 10-day tour.

What does the rest of this year have in store for your both musically and or non-musically?

We go to Japan in November and get a little break from the studio, in January we do the record and then we leave to go do Soundwave in Australia. Hopefully, by the time we’re at Soundwave we’ll be mixing the record and starting the press tour for the new album which will come out in maybe April or May.

Our thanks to Jamey Jasta. for all of your Hatebreed tunes go here and for new Jasta music be sure to check out Bandcamp!

Check Out Hatebreed Photos from Motorboat 2015