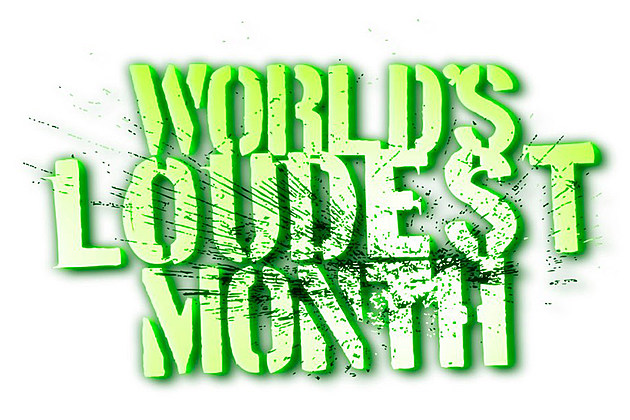 If you love hard rock and metal music, travel and have the time to do it, there’s one killer road trip that you can take each year and it centers around what’s known as the World’s Loudest Month. In recent years, AEG Live and Danny Wimmer Presents have been key in launching some major rock festivals in the U.S., allowing music fans on the U.S. side of the pond to enjoy the experiences long celebrated by music fans in Europe. Among these festivals are the Monster Energy Fort Rock Festival, the Monster Energy Welcome to Rockville, the Monster Energy Carolina Rebellion, Northern Invasion, Rockfest, Rock on the Range, Rocklahoma and the Bud Light River City Rockfest. Fans can now start mapping out their 2016 adventures as the organizers for each of the festivals have revealed the dates for each event.

The fun all starts the weekend of April 30 and May 1 in Fort Myers, Fla. as the Fort Rock festival comes to town. This year, the festival expands to two days after three years of the event being a one-day rock extravaganza. The lineup will be announced on Dec. 7 at 8AM ET, with general festival pricing beginning on Dec. 21.

That same weekend (April 30 and May 1), just up the road a bit, Jacksonville, Fla. will play host to the sixth year of the Monster Energy Welcome to Rockville festival. The festival lineup will be announced Monday, Dec. 7 at 8AM ET, with general festival ticketing beginning on Dec. 21.

The weekend of May 6-8, the music world shifts to Concord, N.C. for the Monster Energy Carolina Rebellion. This year the festival grows to three days, due in part to the large response from last year’s event. Over 80,000 fans attended the fifth annual Carolina Rebellion.

On May 14, you have the annual Rockfest in Kansas City, Mo., which is entering its 24th year of existence. Over 50,000 people attended the festivities in 2015. Lineup, ticketing and on sale information will be announced in early 2016. That same weekend in Somerset, Wis., Northern Invasion becomes a two-day event after last year’s inaugural one-day festival. Lineup, ticketing and on sale info will be revealed soon.

In just a decade, Rock on the Range has grown to become one of the most in-demand festivals of the year. A number of top radio rock acts will take over Columbus, Ohio for the 10th anniversary of the festival, with bands scattered out over three days — May 20, 21 and 22. Rock on the Range layaway packages are available now, while VIP and Hotel Room packages go on sale Nov. 16 via the Rock on the Range website.

From there, it’s off to the Southwest! Rocklahoma returns to Pryor, Okla., also celebrating its 10th anniversary this year. Fans will be treated to three days of music — May 27-29. Ticket renewals begin Monday, Nov. 16. The lineup will be announced in early 2016. And not too far of a drive away, San Antonio’s Bud Light River City Rockfest will be staged May 29. Look for ticketing and lineup info to be revealed in early 2016.

We’ll update you on the various festival lineups when they become available.