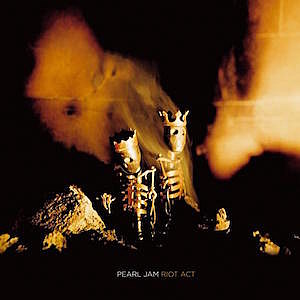 Pearl Jam dominated the 1990s. The upstart rockers survived massive amounts of fame and managed to keep their head, carefully overseeing their career and taking control of just about every decision that could possibly affect their brand and their future. But as the 21st century arrived, Pearl Jam’s world got rocked a little. They managed to release five studio albums during the ’90s, and their sixth, Binaural, came in 2000. However, the disc became the first released by the band to not reach platinum status.

On a more personal level, Pearl Jam suffered through a concert tragedy that no band should ever experience when nine people died and another 15 were injured in a crowd crush situation during the band’s performance at the Roskilde Festival in 2000. Eddie Vedder told Seattle Weekly, “The days following, we were all pretty inconsolable. I’m sure that the families and friends have had to live with it in much rougher ways that us. But our own personal experience was that we were practically in the fetal position over the reality of what had happened.” Band manager Kelly Curtis recalled, “”When we still weren’t sure what had happened or how it went down, I think we all thought at the time, ‘This could be it.’” But the band would eventually continue, though it was a hard road to complete.

Simply put, it was time for a break and the band decided to step away for a year shortly after their support of Binaural was complete. During this year off, Pearl Jam watched on with the rest of America during the events of 9/11 and pretty soon, not only did the band have something to say, but they decided to use their platform to say it. So after nursing some wounds, the band regrouped with determination, ready to lay the groundwork for new music.

First up was a decision to work with producer Adam Kasper for the disc. Drummer Matt Cameron said, “I think we came into this thing pretty prepared and focused in terms of what we wanted to do. Adam is a super guy, and that helped a lot—the working environment was really relaxed. We tore through it, tracked everything in about four weeks. You’re really hearing it ‘live,’ the sound of a band playing together in a room—which you don’t hear too much these days.”

As stated, the sound took on more of an immediacy, and that includes the vocals and lyrics coming from Eddie Vedder. “The biggest difference we heard, from like the first day we started, was how emotional Ed’s approach was,” said bassist Jeff Ament to Philly.com about the sessions. “He was talking about things that you could tell mattered to him, in his gut. Stuff like ‘Bu$hleaguer‘ wouldn’t have happened five years ago; he’s really gone someplace different, both in terms of what the lyrics are saying and how he sings them.”

Vedder added, “Right after 9/11, there was this sense of unity that was deeply moving. But what bothered me was how quickly that became a blind patriotism. I remember a few days after the attacks realizing that the progress being made on the environment and other issues was going to take a hit, and it seemed like even questioning that was anti-American. Well, it’s not anti-American to be critical of the government… . We wanted to put some ideas out there that might help create an open and honest debate.”

He told Billboard, “You start feeling like, ‘What do I have to say? What is my opinion?’ Then I realized I did have an opinion. Not only did I have one, but I felt like it was formed by processing a lot of information and having good influences.”

Guitarist Stone Gossard recalled, “Every day it would be something different. Ed would come in with an idea, sometimes it was as simple as ‘all you need is love… ‘ You’re thinking that this is going to go down the path of corny sentiment, but because he hasn’t made a career out of saying stuff like that, and because of how the music comes together behind him, it doesn’t. It ends up being pulverizing.”

The band also opened themselves up musically to additional sounds. The disc that would be known as Riot Act was the first to feature Pearl Jam collaborator Kenneth “Boom” Gaspar, who lent keyboard tracks to the song “Love Boat Captain” as well as several other songs on the disc. Gaspar, a Hawaiian musician, first got to know Eddie Vedder through surfing and admitted to the Honolulu Advertiser, “I knew him as my friend Eddie. I didn’t know how big he was. I just loved him for how he was … and how he came off to us.” After some time jamming, the beginnings of “Love Boat Captain” was born and Vedder invited Gaspar to join the group in the studio. Then one song turned into more and was eventually followed by an invite to join the band on tour as well.

With the tracks finally completed over two sessions in February and April of 2002, the band turned their focus to releasing the album that would be titled Riot Act. It arrived on Nov. 12, 2002, preceded by the single “I Am Mine.” The sing-along style of the track instantly connected with listeners, as well as the band. Mike McCready told Billboard, “It touched me immediately. His lyrics: ‘The in-between is mine.’ It’s kind of a positive affirmation of what to do with one’s life. I’m born and I die, but in between that, I can do whatever I want or have an opinion about something. It seems very positive to me. It meant a lot to me and still does when I hear it.” The song became the biggest single off the album, reaching No. 7 on the Mainstream Rock chart and No. 6 at Modern Rock.

The stinging but humorous dig at President Bush, “Bu$hleaguer,” came next. Gossard recalled, “I wrote that. That was written at the same time we were putting together [new songs for] the [2001 edition of the] Bridge School [benefit]. That’s another experiment that worked out really well. It’s so satirical. People are going to enjoy it. The four-on-the-floor drum feel that Matt is playing — he’s playing a kick drum pattern we don’t have a lot of in our songs. The groovy, spooky outtro is kind of a different thing.” Ament added, “Everything Stone brought in was kind of dark. The one lyric he had was “blackout weaves its way through the city.” That’s a totally heavy line. The way Ed wrote lyrics around that, they were almost kind of humorous. It made the song even creepier to me. It took me awhile, because he actually originally sang over the verses in that song, and he had a really cool melody. I had a hard time letting go of that.” The song never really connected at radio, but became a favorite amongst Pearl Jam fans, especially with Eddie Vedder often donning a George W. Bush mask during performances driving home the politically-tinged track.

The album’s other charting single was “Save You,” which arrived in February 2003. It’s a love/hate relationship song with a punk-influenced sound. McCready stated, “I came in with that riff and we just kind of started jamming on it. It was a blast to play. The track that actually ended up on there, halfway through the song, Matt lost his headphones. He was going off. That’s my favorite part of that song, his crazy drum fills. I like the solo too, but the drum fills are insane how good they are. He’s doing them without his headphones, just by watching the bass.” Cameron added, “It was me watching Jeff’s fingers and hoping I was in time, you know? There’s a breakdown of just me and Jeff. I hit a cymbal, moved my head, and the headphones went flying. A little point of interest there for the listener!”

The final song to be released off the album was the aforementioned “Love Boat Captain.” For Pearl Jam, it was a bit of a unique song. Cameron recalled, “There weren’t any lyrics when we tracked it, so we did what we thought would be a good, tight instrumental version that would later have vocals on it. When we tracked it, I was like, “Huh? What’s this?” It made no sense to me. But then when the vocals were added, it made perfect sense and it elevated the entire piece.”

When all was said and done, the Riot Act album was considered both a creative and commercial rebound after a rare dip in Pearl Jam’s career. The album debuted at No. 5 and went on to be certified gold by the RIAA. And the band’s touring showed an energized band delivering one of their more memorable tours in the history of the band. Though not a hugely successful album for the group, it is one that is highly underrated and was key in launching the second decade of the band’s career.