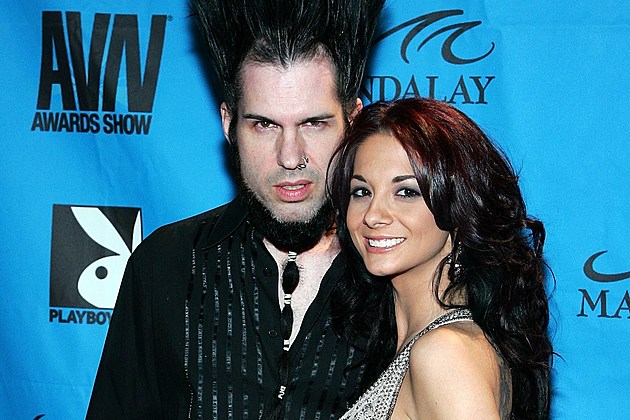 Wayne Static died on Nov. 1, 2014 from a multiple toxicity overdose at the age of 48. Having struggled with alcohol and drug abuse for many years, a combination of oxycodone, hydromorphone, alprazolam and alcohol took Static’s life.

Tera Wray Static was the one who found Wayne dead, after the Static-X frontman passed away in his sleep. The two were practically attached at the hip, with Wray appearing with Wayne in many interviews and even onstage with Static-X and Wayne’s solo project as a dancer. Wayne and Tera met in 2007 during Ozzfest while she was modeling for Hustler lingerie. They married the following year and Tera retired from being am adult film actress shortly after.

In July 2015, Tera got inked with a full sleeve tattoo as a memorial to her late husband:

Check out Tera ‘ s Wayne tattoo. All of this was done on 1 sitting. Done by Jay ‘e Jones

We’d like to extend our deepest sympathies to Tera Wray Static’s loved ones during this difficult time.