Detroit metalcore heavy-hitters Walls of Jericho have officially ended the drought since 2008’s The American Dream. They’ve got a double-dose of good news for their fans who have both patiently and impatiently been waiting for the better part of a decade for new music from the quintet. The group posted a new song “Relentless” and with it came the announcement of their fifth album, No One Can Save You From Yourself, out on Napalm Records on March 25, 2016.

The song opens up with several different people stating, “I am relentless.” It gradually gets more intense with guttural barks heard in the background as the voices begin to overlap each other. The voices die down and a young girl innocently declares the statement herself and the band lets loose with their first taste of new music. Bursting with energy and thrashy tempo, it is clear Walls of Jericho are excited to be back. Abruptly switching pace, the breakdowns, one of the hallmark’s of the band’s sound, make an appearance in the chorus and afterward, which will surely have fans engaged in a bedroom mosh for one.

Frontwoman Candace Kucsulain stated, “This is dedicated to my brother Larry Kucsulain who lost his battle to cancer this day last year,” when debuting the song on the Walls of Jericho Facebook page. Commenting on No One Can Save You From Yourself, she said, “Sometimes in life we lose ourselves, and for me it’s always been music that’s brought me back to who I am and what I love. It’s never to late to rediscover yourself. This experience was a reminder to ‘Find what you love and let it kill you!’” Speaking as a collective, the band exclaimed, “This record was a long time coming and it seemed it would never come to light, but it did so be ready!”

Walls of Jericho have hit the stage sporadically in recent years and will be performing at the 2016 installment of Hellfest in France.

Walls of Jericho, No One Can Save You From Yourself Album Cover 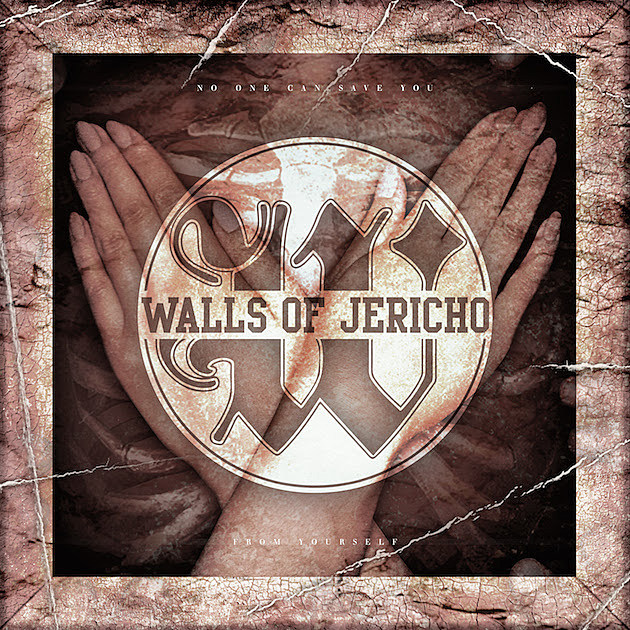