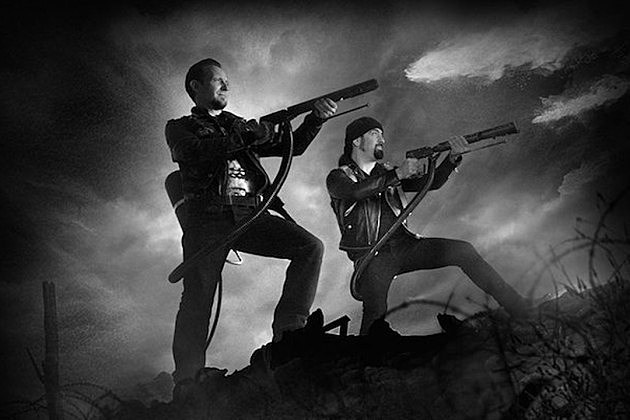 The makers of the self-proclaimed “loudest silent movie on Earth” are making sure it lives up to that boast. Perhaps you’ve heard about Gutterdammerung recently, the silent film that cast such well known musicians as Lemmy Kilmister, Henry Rollins, Tom Araya, Iggy Pop, Eagles of Death Metal’s Jesse Hughes and Grace Jones among others. Now the people behind the film have added members of Volbeat and frequent Queens of the Stone Age collaborator Mark Laneganto the cast.

The film, from the mind of Swedish visual artist Bjorn Tagemose, is set in a world where God has saved the world from sin by taking from mankind the Devil’s “Grail of Sin” … the Evil Guitar. The Earth has now turned into a puritan world where there is no room for sex, drugs or rock ‘n’ roll. From up on high in heaven a “punk-angel” named Vicious (Iggy Pop) looks upon the world with weary bored eyes. Behind God’s back, Vicious sends the Devil’s guitar back to earth and sin in all its forms returns to mankind.

An evil puritan priest (Henry Rollins) manipulates a naive girl to retrieve the guitar and destroy it. On her quest to find the Devil’s Grail Of Sin, the girl is forced to face the world’s most evil rock and roll bastards. Throughout her journey, she has a rival in the form of a rock chick determined to stop her from destroying the instrument.

Volbeat’s Michael Poulsen and Rob Caggiano, seen in the photo above, find themselves smack in the middle of the apocalyptic battle, armed with their flamethrowers. Lanegan, meanwhile, turns up in the film as a gravedigger. Check out a teaser trailer below.

Gutterdämmerung: The Next Round of StarsWanna find out the latest badasses to join Gutterdämmerung?? The wait is over! We’ve got the incredible Mark Lanegan and the hella loud rock n rollers, Volbeat! But that’s not it as we’ve got a few more names to come! Who could they be? Add your guesses below…

Posted by Gutterdämmerung on Tuesday, August 25, 2015

Much like the classic silent films of the ’20s, the movie is mostly silent, but instead of a lone piano providing the only sound, a live rock band will be used to express the emotions and action of what’s going on onscreen. The film will tour with a live band and narrator beginning in early 2016. 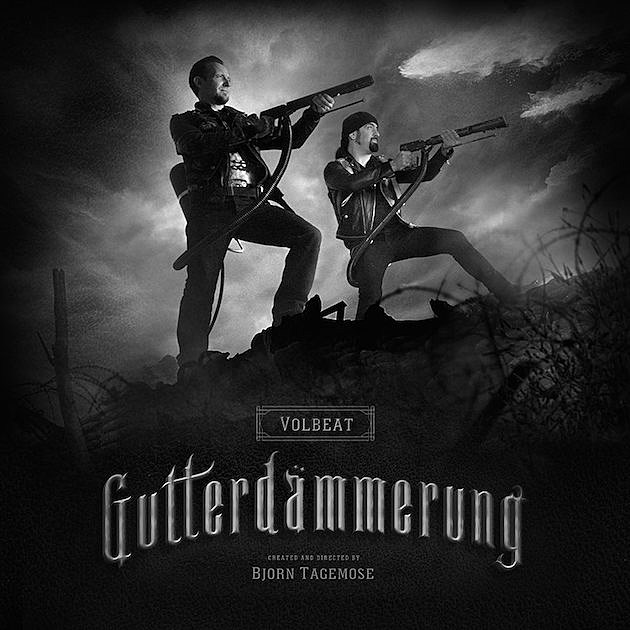 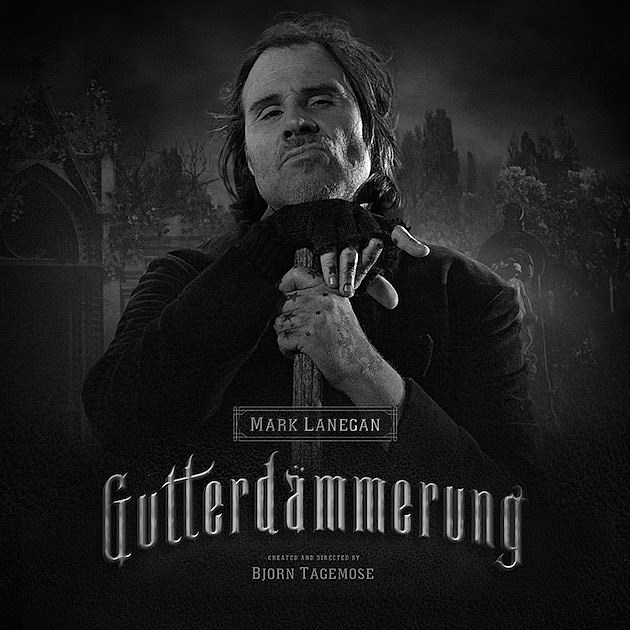