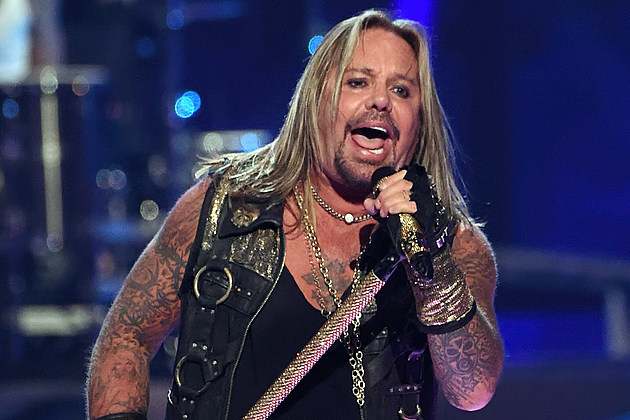 The new season of NBC’s Celebrity Apprentice has not hit the airwaves yet, but it appears as though former Motley Crue frontman Vince Neil is doing quite well in the early going. New episodes are currently being filmed and according to the Las Vegas Sun, Neil managed to raise $200,000 for the Keep Memory Alive charity as part of one of the competitions.

Neil hit the phones in order to drum up support from fans, family, friends, fellow musicians and some Las Vegas restauranteurs, generating the $200,000 total. The rocker stated that some of the funds will be earmarked for late chef Kerry Simon’s Fight MSA foundation at the Cleveland Clinic Lou Ruvo Center for Brain Health in downtown Las Vegas.

The singer is reportedly still in the midst of the challenge, hoping to raise another $100,000 in a sales campaign surrounding a pop-up cupcake and doughnut shop at See’s Candies on S. La Cienega Blvd. in Los Angeles. Neil’s friend, comedian Carrot Top, reportedly convinced Dollar Loan Center founder Chuck Brennan to lend his jet so that he and Neil could fly between Las Vegas and Los Angeles to help sell Neil’s creations to fans on the streets.