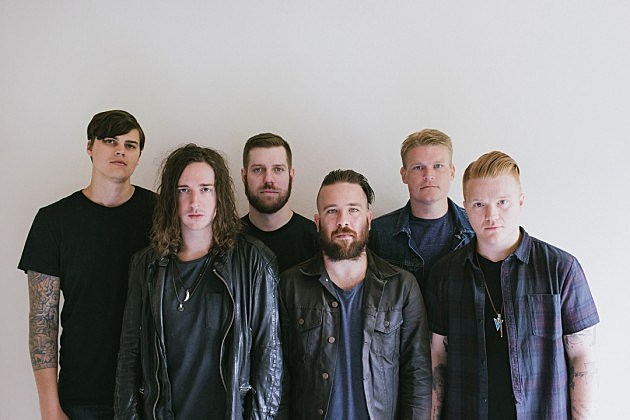 You didn’t think they’d stop at just one show, did you? Underoath, hot on the heels of announcing their return to the stage at the 2016 Self Help Festival, have now revealed a whole slew of new 2016 tour dates including an appearance at the South By So What Festival in Texas.

The trek is dubbed the “Rebirth Tour” and will find the band playing two of their most successful discs — They’re Only Chasing Safety and Define the Great Line — in their entirety.

Tim McTague says of the band’s reunion, “I think the thought of Underoath playing again seemed really exciting. We never thought we’d ever even want to play together again, much less be as excited to do so. It was a really cool feeling, and when discussing what this tour could be, it just felt right to play the two albums that our fans have held dearly for so many years. I think it’s going to be really special.”

“I hated the idea of Underoath being ‘over’ and I’m not sure what we are, but we are all friends again and that’s really the most important thing,” adds vocalist Spencer Chamberlain. “That being said, we felt like now is a great time to do a tour and celebrate Define The Great Line turning ten.”

The trek launches March 16 in St. Petersburg, Fla. at Jannus Live, with dates booked into late April. Pre-sale tickets are currently available at the Underoath merch site, along with a variety of VIP packages and access to past albums and merch. The general on sale for most dates begins on Aug. 28 at 10AM.