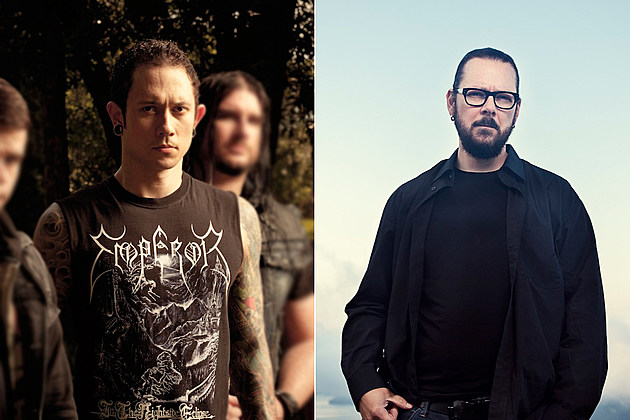 After years of chatter about Matt Heafy venturing into black metal with a project named Mrityu, things are finally coming to fruition for the Trivium mastermind. This endeavor has been in the making for quite some time, initially starting with big aspirations that have panned out, seeing Heafy team up with the legendary Ihsahn.

Revealing to Revolver that the recording of the album will now be underway, Heafy said, “Ihsahn from Emperor will be producing it and he’s co-written several songs with me. We’ll also be recording it in Notodden, Norway, where all the Emperor records were done.” This is a dream come true and more for Heafy, who told Metal Insider back in 2012 how he would like to work with Ihsahn, saying, “So it’s my dream with this that hopefully he can produce the record because his work with Leprous is unbelievable, his work on his newest album [Eremita] blew my mind. That’s my hope, that’s my dream.”

Describing the plan behind the band to Revolver, Heafy said, “Mrityu was initially intended to be a black metal band that I was never going to tell anybody I was in. I was going to make the music, and it was going to be pretty true to the ’90s second wave-style-black metal — sort of like Darkthrone, early Dimmu Borgir, early Emperor.” Adding there is more beneath the black metal surface, he went on, “While Mrityu has its roots in black metal, it’s become something so much more. It’s not just black metal — it’s anything I’ve ever wanted to try.”

Both musicians have busy schedules, which Heafy acknowledged, discussing, “It’s just a matter of when. Ihsahn is incredibly busy and so is Trivium. But he and I stay in contact and we pass things back and forth. And we have quite a few songs written and quite a few demos. It’s going to be a dream come true when it happens.”

Trivium just released their seventh studio album, Silence in the Snow on Roadrunner in October.