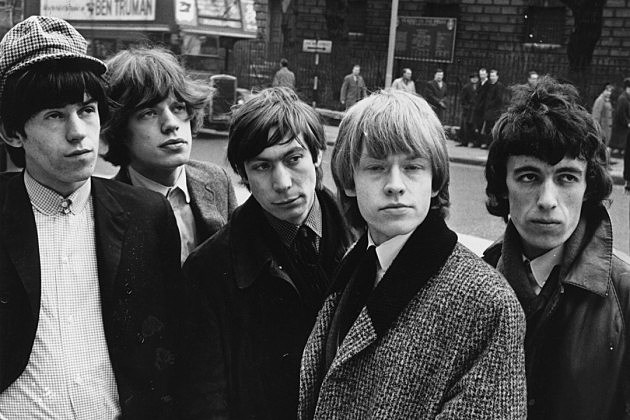 Don Jamieson is a guest contributor to Loudwire. He is the co-host of That Metal Show, which recently completed its 14th season on VH1 Classic. You can also catch Jamieson on the stand-up comedy circuit. Keep up with him at his official website or his Twitter page. Please note that Don Jamieson’s opinions do not necessarily reflect those of Loudwire. Check out his picks for the Top 10 Metal Covers of Rolling Stones Songs:

‘(I Can’t Get No) Satisfaction’ is one of the most famous songs in rock ‘n’ roll history and the song that made the Rolling Stones a worldwide phenomenon. It is also a phrase occasionally uttered by some honky tonk women after a one-night stand with me.

But of course, there are dozens and dozens of classic Stones songs and Mick, Keith, Ronnie, Charlie, Moe, Larry and Curly have influenced musicians of all genres — including hard rock and metal.

Kerry King was just a little devil in diapers in 1967 when the bad boys of the British Invasion were already at Their Satanic Majesties Request. And in 1973 King Diamond was just a 17 yr-old Danish ung mand named Kim Bendix Peterson while the Stones were already dishing out helpings of Goats Head Soup.

So get ready to Get Yer Ya-Ya’s Out with the ultimate 10 Metal Covers of Rolling Stones Songs:

“Sympathy for the Devil”

Let It Bleed lyrics: “So if you meet me have some courtesy, have some sympathy and some taste…”

Lemmy lives! And sings! And if he ever met the devil he’d have some vodka, some cigarettes and some speed.

Let It Bleed lyrics: “Send me dead flowers to my wedding and I won’t forget to put roses on your grave…”

Sure Bret and CC ain’t exactly Jagger and Richards but their Poison’d version of this classic tune does the Stones justice. Now I want to hear the Rolling Stones do their version of “Talk Dirty To Me.”

Album: Every Day Is Halloween: The Anthology

Let It Bleed lyrics: “I see a red door and I want it painted black. No colors anymore, I want them to turn black…”

“Let’s Spend the Night Together”

Album: The Right to Rock

Let It Bleed lyrics: “I feel so strong that I can’t disguise, oh my, let’s spend the night together, but I just can’t apologize, oh no…”

I like when Keel’s Mark Ferarri appeared in ‘Wayne’s World’ as the guitarist in Tia Carrere’s band, Crucial Taunt. It’d be a much better band name if you replaced the second “u” with an “i.”

This lips and tongue tune is nestled nicely in the Turbonegro track listing between ‘(I F–ked) Betty Page’ and ‘Flabby Sagging Flesh’.

Let It Bleed lyrics: “Take me down little Susie, take me down, I know you think you’re the queen of the underground…”

I met the king of the underground one time and he commented to me about how bad a mutual friend was looking lately. When GG Allin says you’re looking bad…

Let It Bleed lyrics: “I see people turn their heads and quickly look away, like a newborn baby it happens every day…”

Rage Against the Machine

Let It Bleed lyrics: “Cause in this sleepy L.A. town, there’s just no place for a street fighting man…”

Of course there’s no place for a street fighting man. With L.A. rush hour traffic he’d have to be a Sidewalk Fighting Man.

Let It Bleed lyrics: “You know my wife still respects me even though I really misuse her. I am having an affair with a random computer…”

Ace Frehley easily makes this outer space song all his. And the above lyric takes on a whole new meaning thanks to the recent Ashley Madison leak.

Album: Live At The Marquee

A Twisted live staple and scorching sing-along. Dee Snider “moves like Jagger’ onstage which is probably why he’s 60 and has six-pack abs.