While there have been many David Bowie tributes come in, this one arrives with more of a call to action. Toadies hit the road last fall on an acoustic tour that included a few surprises. Among them was a cover they performed nightly of David Bowie’s “Heroes,” and the band is now making the song available as a free download to fans. But they are requesting that a $5 donation be made to the American Cancer Society in memory of Bowie.

Drummer Mark Reznicek says, “Bowie was everything an artist should be, always searching, always innovating. Words can’t express my admiration or my sense of loss. He’ll always be my hero.”

Frontman Vaden Todd Lewis states, “I’m pissed off. And this sucks. And I’m gonna miss you. Dammit.” Guitarist Clark Vogeler adds, “Over the years, we have have performed David Bowie’s music both at live shows and just futzing around in the rehearsal space. His immeasurable talent and influence will surely live on forever. We were lucky to have had him around all this time. We just wish we would have had a chance to say ‘Goodbye.’ In lieu of that, this will have to do. Thank you, David Bowie and Goodbye.”

As stated, the free download of Toadies cover of “Heroes” came during their recent headline tour. This performance was recorded at the historic Luckenbach Dance Hall back on Oct. 11 and was mixed at the Bubble in Austin, Texas just two days ago. 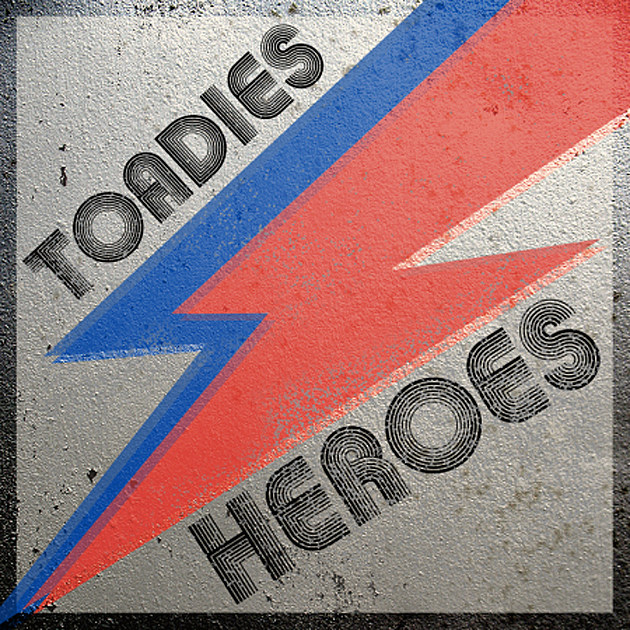