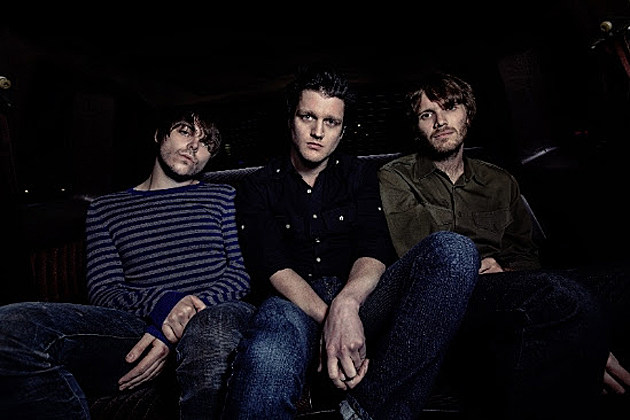 The Virginmarys are on their way back and if the first taste of new music from the band’s next disc is any indication, you can toss out the idea of a sophomore slump. The band just unleashed a rather intense new song called “Into Dust” to whet the appetite of their fans.

“We feel that the track is a great bridge between King of Conflict and the new material we’ve recorded. It’s a perfect introduction for what’s to follow,” stated the trio of the song. They added, “‘Into Dust’ is one of our most intense tracks full of urgency and energy. Lyrically it’s about the disillusion and boredom of everyday life. The album is the best work we’ve ever done and can’t wait for you all to hear it.”

As you’ll hear in the player below, the track starts with a rather dark and ominous tone, building in intensity toward a very post-punk-esque chorus. And the song features a pretty killer primal scream by frontman Ally Dickaty toward the end of the track. Check it out below and if you like what you hear, it’s currently available on iTunes.

The band is reportedly working on a new album that’s expected in 2016, but official details have not been released. The Virginmarys have a show coming up this week as they’ll play London’s The Lexington on Nov. 19. Stay tuned here for additional shows.