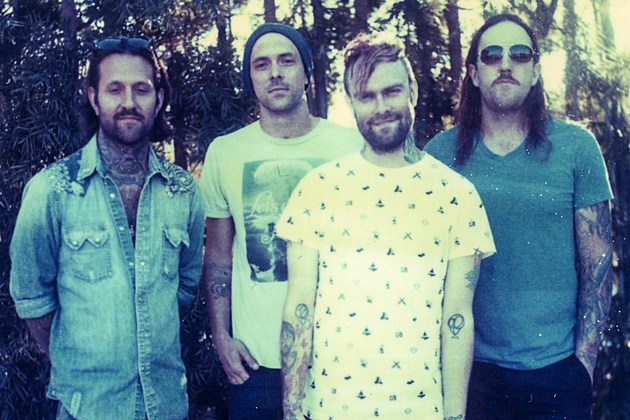 A longtime member of the Used has departed after 14 prosperous years. Guitarist Quinn Allman, who helped form the Utah-based band in 2001, has formally left the group following a year-long hiatus.

The Used were one of the leaders of the post-hardcore / screamo movement of the early 2000s. The band members escaped difficult lives in their hometown of Orem, Utah and scored three gold records in a row with The Used, In Love and Death and Lies for the Liars. They’ve released seven full-length records to date, the latest being Imaginary Enemy in 2014. Quinn Allman announced he’d be taking a one-year break from the Used earlier this year.

Nothing can ever change, or detract from the magic of the relationships that helped create the music that is The Used. For these beautiful memories, we will be forever grateful.
As a result of mutual understanding, Quinn will not be returning to the band and Justin Shekoski will be taking his place.
The journey so far has been amazing and we continue to feel very positive about what lies ahead in the future.
As always, can’t wait to see you on the road!
Love, The Used

The Used’s Bert McCracken and Jeph Howard spoke about Allman’s initial hiatus during an exclusive video we shot with the band. Check it out in the clip below.