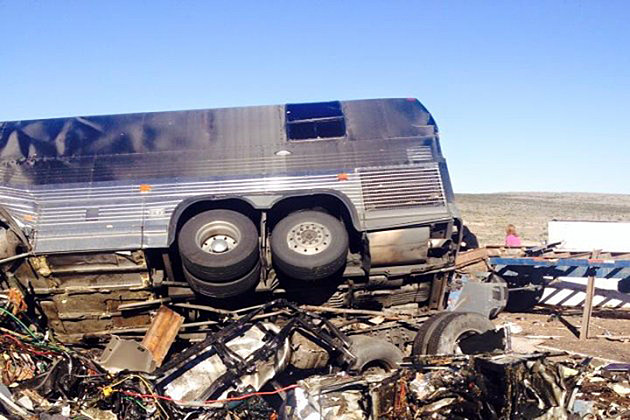 According to Lubbock radio station KFMX-FM, the band was on Highway 180 about 24 miles east of El Paso when their bus crashed into a semi-truck. A trucker named Jay Ivie took the photo above of the crash and submitted it to the radio station. According to Ive, three members of the band were pulled from the vehicle while he was on the scene with other members of the crew still inside. Meanwhile, the two people inside the semi were killed in the crash.

David Summers, tour manager for the Wonder Years, told the station that the band members and their crew were alive. According to KVIA.com the Texas Department of Public Safety reported that Highway 62/180 past the checkpoint to FM-1111 was shut down in both directions. At press time, the band had not commented on social media or their website about the incident.

The Ghost Inside had played Wednesday night in Lubbock, Texas and were en route to Mesa, Ariz, where they are scheduled to play on Friday (Nov. 20). The band has a few shows left on their North American tour before heading down under to Australia and New Zealand to finish out their touring year. The Ghost Inside are scheduled to tour Europe in early 2016. See all of their dates here.

We’ll keep you up to date as more details come to light.