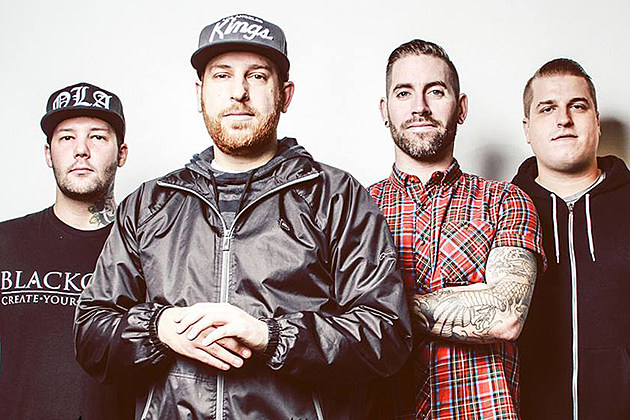 The Ghost Inside still continue to heal up after suffering serious injuries in a bus crash. Vocalist Jonathan Vigil, guitarist Zach Johnson and drummer Andrew Tkaczyk have all recently offered updates on their individual recoveries.

On Jan. 11, Zach Johnson wrote on Twitter announcing he was about to undergo his eighth surgery. He’s hoping eight is enough and that he won’t have to go under the knife yet again:

As for Andrew Tkaczyk, he’s still in the hospital as well. On Jan. 7, he sent out a picture via Instagram showing fans the view from outside his room:

Not exactly the most breathtaking view of all time, but it’s nice to look outside and remember what life is like after being in the hospital for 50 days. Staying strong. Hanging in there. Remain focused. #TGI #Perseverance

During the holidays, Funko actually sent Andrew a bunch of awesome toys to see him through his recovery:

Got an awesome Christmas care package, and heartwarming letter from the awesome people at @originalfunko So unexpected and thoughtful. This made my day! Also special thanks to @jddmialex for hookin it up. A photo posted by Andrew Tkaczyk (@mtndrew) on Dec 25, 2015 at 12:44pm PST

The incredible GoFundMe page set up for The Ghost Inside’s medical bills has just exceeded its overall goal of $150,000. However, you can still donate at the page if you choose. Another way to directly aid the band members is to buy their music. Epitaph Records announced they’d be giving the band all proceeds from record sales for the foreseeable future.