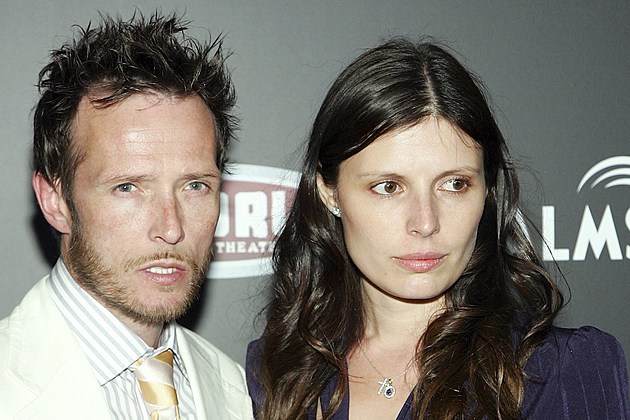 According to a new report, Scott Weiland‘s second wife, Mary Forsberg, ran into some drama while attempting to retrieve one of the late musician’s guitars. Mary allegedly showed up at the late Weiland’s Lavish Studios, but was refused access by an employee of the studio. An argument ensued and police were reportedly called to the scene.

This information comes via TMZ. Apparently, Scott Weiland and Mary Forsberg’s son Noah wanted one of his dad’s guitars as a keepsake from his late father. 15-year-old Noah reportedly went with Mary to Lavish Studios the night they were turned down. Police didn’t make any arrests at the scene, instead choosing to calm the situation down.

I was the studio manager at Scott Weiland’s Lavish Studios in Burbank. Mary and I were scheduled to meet on Thursday at Lavish, but she arrived two days early with her son and the Burbank police due to false information that gear was being taken from the studio prematurely.
When I opened the door, two Burbank cops forced themselves inside uninvited and without a warrant. They tried, along with another pair of cops, then a third pair of cops, to convince me to let her in. I refused, locked up the studio and left.

Guarino claims he met Mary at Lavish Studios on Thursday as planned and handed the studio over to her. “At no point was the guitar in question,” says Guarino.

Shortly after Scott Weiland’s death, Mary wrote a lengthy piece memorializing Weiland, though she remained brutally honest about the fact his kids “lost their father years ago” to Scott’s long-term substance abuse issues.