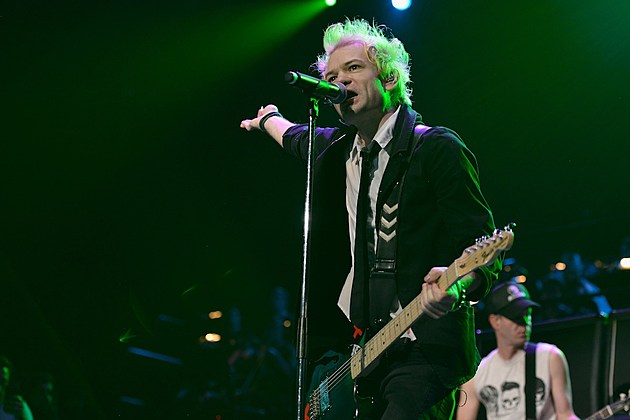 Over the holidays, Sum 41 gave fans a taste of what’s to come, previewing a pair of sound clips. Now, as 2015 has given way to 2016, Sum 41 leader Deryck Whibley has checked in with an update on the band’s progress and recapped what he calls “a year of accomplishments.”

As you may remember, Whibley suffered a near-death experience in 2014 as his alcohol consumption led to his liver and kidneys “collapsing.” The musician spent a month in the hospital recovering and was told by doctors that another drunken incident could result in death. After leaving the hospital, a frail Whibley decided to not only focus on his recovery, but also on music.

In the past year, Whibley has been working on music for a new album with his bandmates, which includes guitarist Dave “Brownsound” Baksh, who returned to the band at the 2015 Alternative Press Awards.

as the year comes to an end, i can honestly say that 2015 has been one of the best years of my life. it has been a year of accomplishments. learning to walk again and getting back on stage were some of the hardest things that i’ve ever had to do. getting my life back on track and my health in order, while at the same time making a new Sum 41 album, almost seemed impossible this time last year, but now the record is almost done and i feel stronger and better than ever. the band is sounding bigger and better as a 5-piece, and it’s so great to have dave ‘brown sound’ back again after almost 10 years.

the Alternative Press awards performance with DMC was one of the best experiences in our career and the shows in North and South America were all amazing. it’s hard to believe that 2016 is going to be an even bigger year – i can’t wait! thanks for all the love and support and we’ll see you all in the new year!

Stay tuned to see when Sum 41 return with new music and look for the band starting a European tour in early February. Dates can be found here.

Hear Snippets of a Pair of Sum 41 Songs