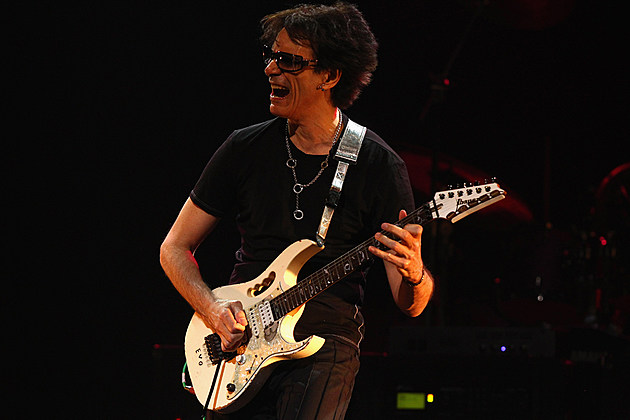 They say no good deed goes unpunished. While in Los Angeles to play a charity gig, Steve Vai had his guitar stolen. Vai’s custom mirror JEM, which Vai had nicknamed ‘Bo,’ was taken from outside the Wiltern Theater on Dec. 12.

Saturday night, guitar greats like Zakk Wylde, Rage Against the Machine‘s Tom Morello and John 5 performed with drumming legend Mike Portnoy and bass master Billy Sheehan, among others. The gig was a benefit for guitar and keyboard virtuoso Tony MacAlpine, who was recently diagnosed with colon cancer.

Steve Vai posted various up-close photos of ‘Bo’ along with a detailed description of its characteristics:

More photos of “Bo” -Steve’s mirror JEM that was stolen today outside of The Wiltern Theater in L.A. If you see the…

“It’s a great privilege to take to the stage with my friends Zakk, John, Mike and Billy in support of our dear friend Tony,” said Vai. “Tony has always been blessed with an exceptional talent and more so, he’s an exceptionally cool guy. It’s a great cause and will be a magical evening of guitar extravaganza.”

In addition, a number of instruments were auctioned off to raise funds in order to help out with MacAlpine’s hospital bills.

Steve Vai Perform at the Concert for Tony MacAlpine