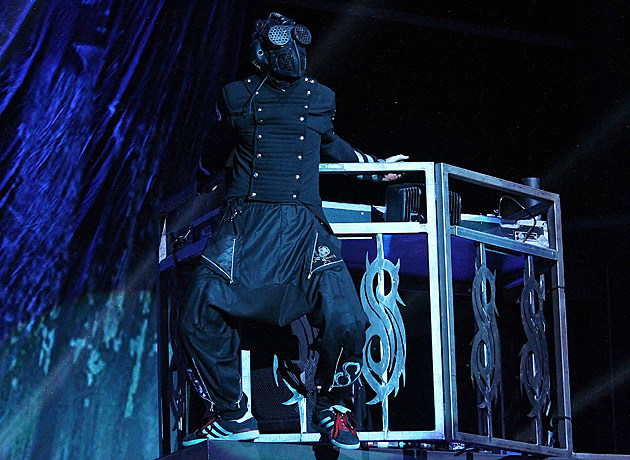 Sid, you messed up your foot again! Slipknot DJ Sid Wilson is infamous for his daredevil stage dives and jumps, and he’s paid a physical price for them throughout his career. Unfortunately, Sid injured his foot and will have to abstain from stunts for a little while.

On the opening night of the 2008 Mayhem Festival tour, Sid Wilson broke both of his heels after a jump. The trooper he is, Sid completed the tour with casts on both legs. #0 has, more or less, evaded serious injury since, but as evidenced in a photo shared by Wilson himself, his left foot is in pretty bad shape.

So I thought after a day off this would feel better but it seems I haven’t seen the worst if it yet. Sorry, but no high…

Never fear, though, Slipknot fans. Sid will continue to perform and even bust out some signature dance moves onstage:

Chargin back up with energon, bear wit me while i test up even during the show, i shiuld still have some dance moves for ya all, just no flying 😂

Slipknot will finish up their current North American tour on Oct. 25 at Knotfest in San Bernardino, Calif before invading Europe in early 2016. For all Slipknot’s upcoming tour dates, click here.

Watch Corey Taylor Behind the Scenes on ‘Doctor Who’