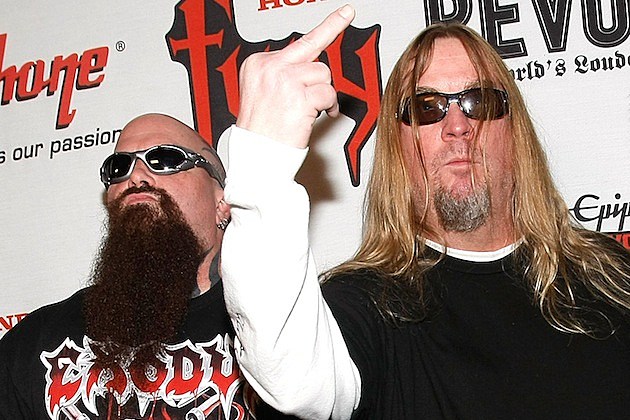 One of the most tragic aspects of Slayer guitarist Jeff Hanneman‘s death was that he had to sit on the sidelines during the last chapter of his life. While fighting necrotizing fasciitis, Hanneman was unable to tour with Slayer, and in a new interview with Kerry King, the Slayer shredder opened up to reveal another heartbreaking piece of the story.

Necrotizing fasciitis left Hanneman unable to melt his fretboard like before, as the ailment had destroyed muscle tissue in one of his arms. Exodus‘ Gary Holt ultimately filled in for Hanneman on tour (joining the band full-time after Jeff’s passing), but Hanneman’s absence wasn’t from lack of trying.

“From seven months after he got hurt, we had him come to rehearsal, trying to get him back in. He was trying, but he just wasn’t there,” Kerry King reveals to Guitar World. “The hardest thing I ever had to say was, ‘You’re not ready.’ That dude’s been my sidekick for 25 years and I have to tell him he can’t go on tour in the band he’s been in all his life. That sucked.”

King continues, “I said to Jeff, ‘As much as people are going to see you up there and not grasp, or forget, that the playing is not perfect, I don’t want that on YouTube for you to live with.’ You have to think about stupid s–t like that now. But that was tough … We kept trying to get him in and it wasn’t coming around. If he hadn’t passed, I don’t know if he ever would have been good enough to just step back into being Jeff Hanneman again.”