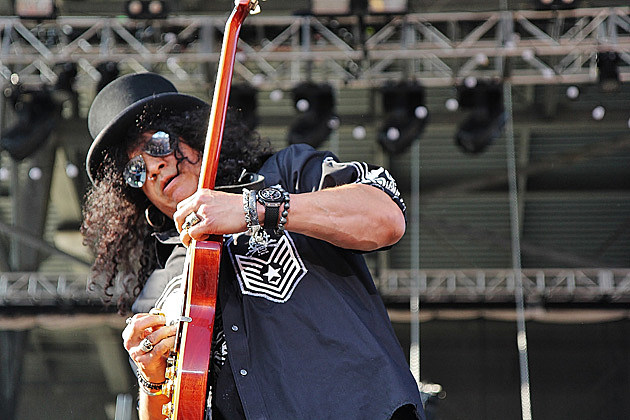 Slash along with his cohorts Myles Kennedy and the Conspirators are in the midst of a world tour that is taking them to India for their maiden visit this weekend. And it appears as though the guitarist has been inspired by his trip to the country, contemplating a project with Indian musicians taking part.

The band is headlining the second season of MTV Indies Extreme, a rock music and adventure sports festival, and he revealed that there was talk of Indian musicians joining him on this performance, but the logistics just didn’t work out.

“We were talking about doing something like that (collaborating with Indian musicians) on this trip,” said Slash to the Hindustan Times. “I cannot share the details but it was too time-consuming and too complicated to do it on this trip. But it would be an interesting thing. The plan was to take some of our material with our Indian musicians and so on. It would be very interesting.”

Though things didn’t pan out this time, the guitarist says he’s open to revisiting the idea in the future. “We will see, hopefully after these two shows, it will be easier to come back and do it. I would imagine the collaboration to be the two styles mixed together,” said the guitarist. Slash did not reveal whether the potential collaboration would be relegated to the stage or would spill over onto a record. He’s reportedly set aside time next spring to work on his band’s next disc.

The band is performing in Mumbai on Nov. 7 and Bengaluru on Nov. 14. While in India, Slash has been taking in some of the native experiences. “We came here early this morning then hit the streets today. Went to some temples, offered flowers and coconuts and so on. I think it was a Shiva temple,” said Slash.

The guitarist and his band are in the midst of a European run that includes dates in Hungary, the Czech Republic, Poland, Belarus and Russia that will keep them on the road through most of November. Dates can be found here.