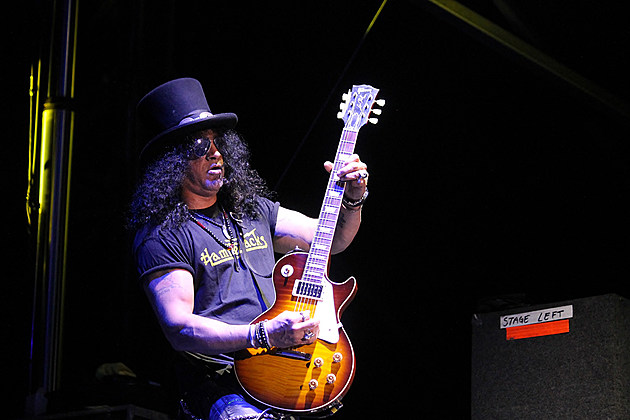 The music world is a whole different beast in the aftermath of music downloading, with many rockers who were around at its most lucrative point figuring out how to navigate and survive in the current landscape. Slash is one of those artists and he’s seen the approach change over time as to what labels define as success.

While speaking with Rolling Stone India, the rocker was asked if there were any young bands that he’s warmed to, but after a brief mention of Raven Eye, the conversation turned to Slash discussing what it’s like for today’s young acts as opposed to what he dealt with.

“On a commercial level, rock and roll is all safe, but underneath all that, there is a great hardcore young movement that is doing rock and roll in earnest,” says Slash. “It’s just that the way the business is right now, it’s so corporate that none of these bands will get a shot to do what I got to do, you know?”

He went on to add that labels no longer have the patience to “grow” artists, stating that few acts get the chance to wait until their second or third album to finally break through. “Now it’s all about commercial one-hit wonders, and it’s a whole different industry now,” says the guitarist. “But there’s a lot of great rock and roll bands out there that have to go the way it should be done; for the passion and not for the money, it’s not for the glamor of it but because you love it. A lot of people are doing it because they have an agenda.”

The guitarist adds that because the industry is struggling, there are more acts conforming to what the industry suggests works in order to make a living, and it’s harder and harder for those who vary off the proven path to get a look. “I think there’s still this whole creative side that hasn’t changed which doesn’t really want to fit into that category, but it’s hard to make a living,” says Slash. “So a lot of people do that by playing clubs. But it’s just harder, the opportunities are different from when I started.”