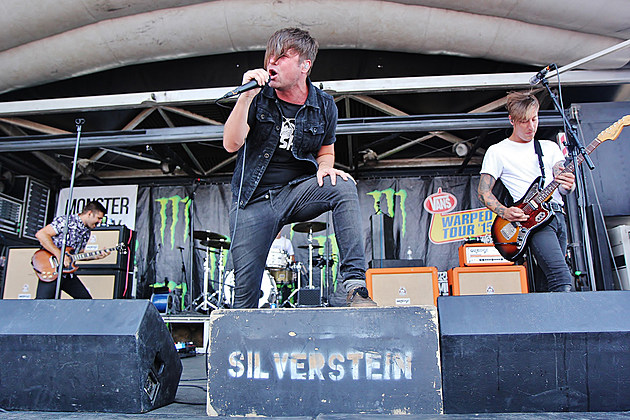 Post-hardcore heavyweights Silverstein just wrapped up a co-headlining run with Senses Fail and won’t be wasting any time as they gear up to hit the pavement once again in 2016. Out in support of their eighth studio effort, I Am Alive in Everything I Touch, the quintet have tapped Being as an Ocean, Emarosa, Coldrain and Rarity as support acts on the month-long jaunt.

I Am Alive… ascended to No. 33 on the Billboard 200 charts, marking on of their highest positions to date over the course of their 15 year career. The tour will begin its winding course on Feb. 29 in Milwaukee, Wis., head to the West Coast, extend south and then circle back across the Midwest and towards the East Coast then back around to the middle of the country, ending in Grand Rapids, Mich.

Silverstein bring an electric show with frontman Shane Told covering every inch of the stage while showcasing his dual threat vocal style. The band are able to flip the switch between crushing rhythms with intense vocal fits and a more calming counterbalance with his clean voice soothing their more visceral aspects.

Being as an Ocean are supporting their self-titled third album, take influences spanning from push and pull rhythms falling in line with deathcore’s hallmark and pop-punk anthemic moments. This is all blended together with a typically discordant guitar playing and barked vocals. They will serve the darker overtones of the heavy facets the headliners bring, creating a nice musical juxtaposition on the bill.

Silverstein, Being as an Ocean, Emarosa, Coldrain + Rarity 2016 Tour Dates:

Top 25 Punk Albums of All Time