Ready for something that rocks with a bit of theatrics thrown in for good measure. Loudwire are teaming up with September Mourning to premiere the band’s new lyric video for the song “Eye of the Storm.”

In the video, the song lyrics scrawl across the screen with some pretty impressive animation appearing on the pages of a book. It all ties in together with September Mourning’s multi-media ideal. The band has created a full backstory around the character of September Mourning, who is a human-reaper hybrid, in search of human souls in need of a second chance and tempting fate along the way.

“‘Eye of the Storm’ lyrically blends the purpose of September with an overall message to her Children of Fate: be strong throughout the battle to stand against any fears you might have in life knowing that you will never be left standing alone,” state the band.

The group has also teamed up with iconic comic book artist Marc Silvestri to create their own September Mourning graphic novel that will help spread their musical message.

Meanwhile, September Mourning are spreading the word on tour, “collecting souls” along the way. They have dates booked through September and will begin a run with Mushroomhead on Oct. 3. Also look for the band performing at the Aftershock Festival on Oct. 24. See all their dates below. 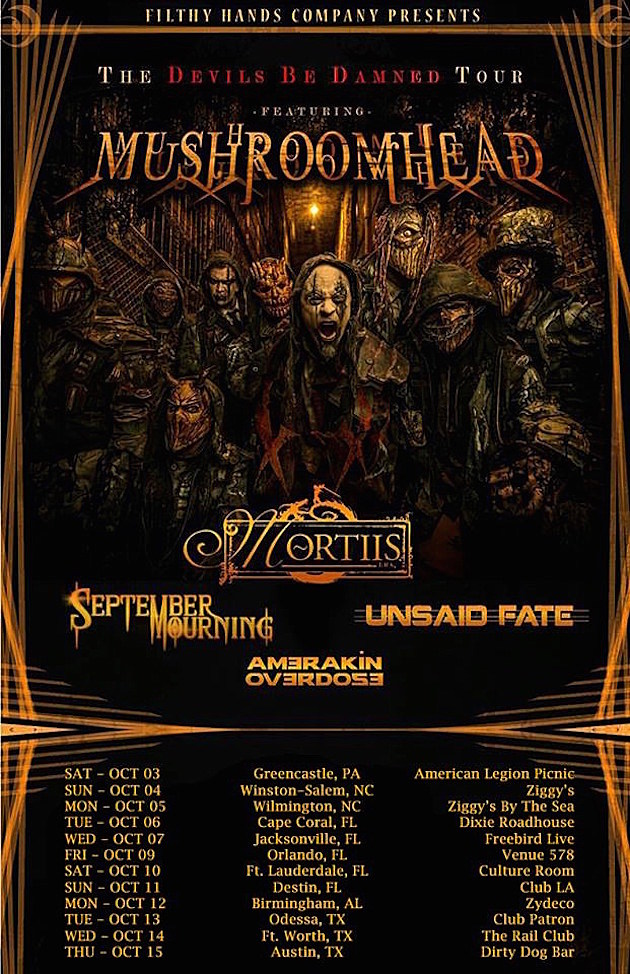