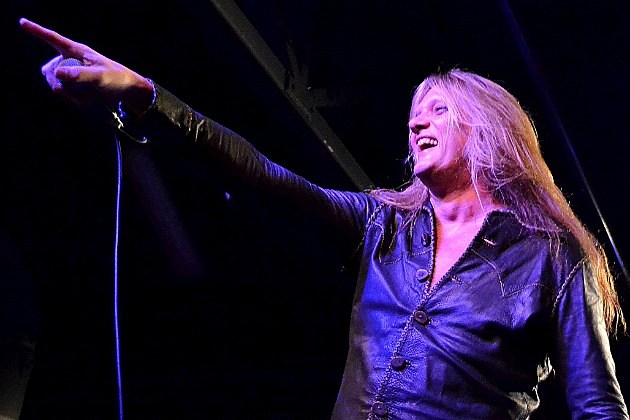 Another big 2016 reunion? Maybe! With a vacancy in Skid Row left by suddenly departed singer Tony Harnell, founding frontman Sebastian Bach would like the chance to return to the fold and join his former bandmates. Tensions between Bach and the rest of Skid Row have been documented over the years with Bach, but he has offered an apology in attempt to mend fences.

The legendary frontman recorded three albums with Skid Row before being ousted after an argument with bassist Rachel Bolan regarding the band opening for KISS on their 1996 reunion tour. While fans have been eager for the Bach’s return, nothing has even come close to fermenting until now when the singer tweeted the following:

It will be interesting to see how this plays out as guitarist Dave ‘Snake’ Sabo has been adamant that the band has no interest in reuniting with their estranged frontman.

While Harnell was still in the band, Sabo cited his happiness prevailing over a reunion, stating, “Happiness, to me, is my spirit and my soul is more important to me than having dollars in my wallet. People may [not] believe that and that’s okay. Anybody who knows me knows that to be true. I don’t think you can place a price on happiness.” Talking about offers to reunite with Bach, he went on, “We’ve been hit repeatedly over the years with, ‘Why don’t you do a reunion tour?’ And you know what — I understand the question and I get it. I really do and if I were on the outside, I’d be asking the same question, but no one feels comfortable with that idea.”

The stance remained the same following Harnell quitting the group. Revealing they learned of the singer’s departure through social media, Skid Row released a statement that included, “Lastly, amidst all of the rumors and speculation, there has been no talk of a reunion nor are we opening for Guns N’ Roses. That’s it for now. We’ll keep you updated as best we can. Thanks for your support and understanding. See you in 2016!”