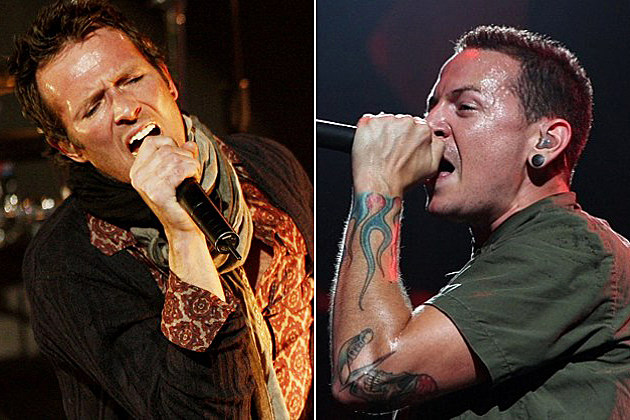 Could Stone Temple Pilots be searching for another vocalist? According to the band’s former frontman, Scott Weiland, his successor, Chester Bennington, has left the group.

Weiland went on to state, “[Chester’s] got a band [Linkin Park] where he gets paid $700,000 a night with, and with STP, the brand is kind of falling apart, which is a shame.”

While there has been no official word from Stone Temple Pilots on their current state, a tweet from a fellow artist may have lent some backing to Weiland’s speculation. In a recent chat with fans on Twitter, Highly Suspect vocalist Johnny Stevens revealed he’d been approached about his availability by STP guitarist Dean DeLeo. Highly Suspect scored a huge rock radio hit this year with the track “Lydia,” and are currently rising up the charts again with the song “Bloodfeather.” Stevens’ tweets can be seen below:

Bennington joined Stone Temple Pilots in 2013, shortly after the band fired Weiland as their vocalist. By October 2013, the band released their first material with Bennington, an EP called High Rise. The band has toured with Bennington over the last couple of years and has spent time in the studio writing with the vocalist between his duties with Linkin Park.

As stated, there has been no official word on Bennington leaving the band. We’ll keep you up to date.