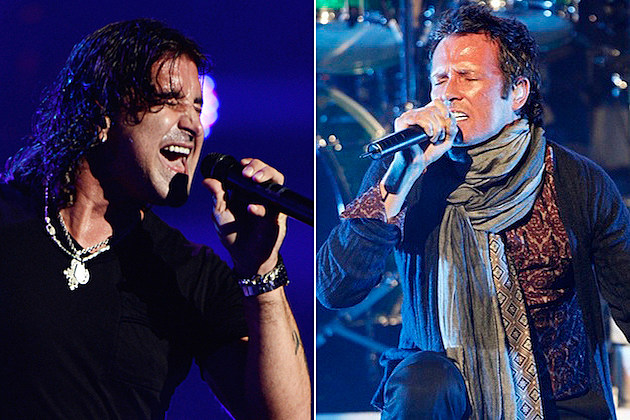 Creed frontman Scott Stapp recently wrapped up a stateside solo tour, but the singer began the trek with an ill-fated omen. The tour bus Stapp occupied was discovered to be the same vehicle that ex-Stone Temple Pilots icon Scott Weiland died in last December. Weiland perished due to a drug overdose.

Stapp, who has famously battled his own issues with substance abuse, saw this as a “poignant reminder” to keep him on the straight and narrow according to TMZ. The singer reportedly found a tour badge from the Scott Weiland and the Wildabouts last run and exchanged the tour bus for another at one point during the solo trek.

The bus had recently been home to another rock star. Just days after Weiland’s passing, Motley Crue‘s Nikki Sixx revealed that he had been using the same bus and that Weiland had died in the same room that he had occupied previously. Sixx, like Weiland and Stapp, also had a troubling history with drug abuse, but has put those days behind him and lives a healthier lifestyle and is focused on splitting his time between music and being a father.

Towards the end of 2014, Stapp was sent on a downward spiral, caught in the throes of addiction while also battling his bi-polar disorder. He suffered from paranoid delusions and declared he was on a mission to Washington, D.C. to save the president from being assassinated. At this time, his wife had filed for divorce and won custody of their children. Eventually, Stapp found help and made a recovery, though the tour bus may have been too haunting of a reminder for him to remain on throughout the trek.

See Scott Weiland + Others in Rockers We Lost in 2015