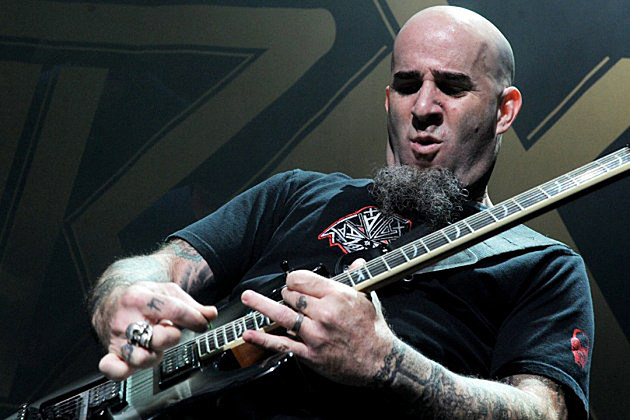 Stormtroopers of Death are largely regarded as the first crossover thrash outfit as Anthrax axeman Scott Ian found an outlet for his hardcore leanings, fusing it with his indomitable thrashing frenzy. Though 2015 marked the 30th anniversary of the band and their groundbreaking and controversial debut, Speak English or Die, Ian remains steadfast that the band will not reunite.

The long-bearded guitarist spoke about the band’s career with Mammoth Metal TV (video below), reflecting on the album and the 1999/2000 Stormtroopers of Death tour. “The sad thing is that in the ’80s, we never had a chance to exploit it, and I don’t say ‘exploit it’ in a negative way. When I say ‘exploit it,’ I mean, we never got a chance to tour in the ’80s with S.O.D., because Anthrax got so busy.”

Fast forwarding 15 years, Ian discussed the band’s tour around the turn of the millennium, which also saw the release of the band’s second effort, Bigger Than the Devil. The guitarist continued, “Getting to go out on tour, certainly, in ’99 and 2000, with S.O.D., was something that I was very happy to do, because it gave people at least one shot — people who never got to see it — at least it gave some people around the planet a chance. ‘Okay, here’s your chance. We’re comin’. Here’s your chance to see it.’ And I was happy we did that.”

Discussing what led him to the decision not to continue, Ian added, “It’s when we kind of came around in the States for a second run through, then it became a f–king… That’s when it actually became like a job. All of a sudden, it was, like, ‘Wait a minute! I already have a band with f–king baggage and issues and business problems, and now I’ve got two.’ And I couldn’t handle that; I couldn’t handle having two bands struggling at that time.”

To hear more from Scott Ian about Speak English or Die and the group’s eventual tour, watch the full interview below.

Anthrax are far from their struggles in 2000 and are set to release their 11th studio album, For All Kings, on Feb. 26, 2016 via Megaforce Records. More information on the album and pre-orders can be found here.