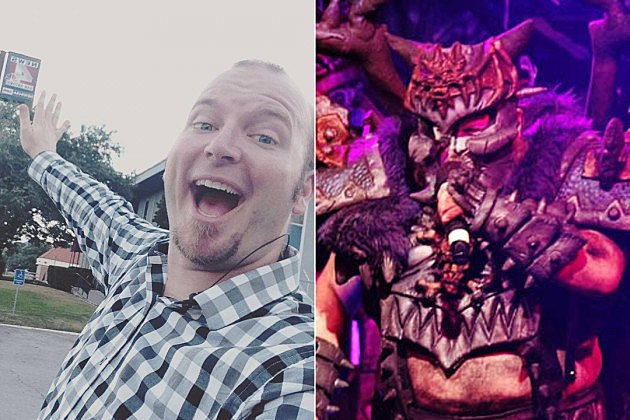 The local news can be filled with hard hitting and often depressing news stories, so it’s always a breath of fresh air when a station finds a place for light hearted human interest programming. However, one local San Antonio reporter has found himself out of a job after doing a segment on GWAR.

J.T. Street began his television career at KABB-TV as a movie critic, then transitioned to video journalism and finally was given a feature called “Street’s Corner” that typically showcased the fun side of San Antonio. With GWAR coming to town, it seemed like the perfect opportunity for Street to interview a member of the band. But when vocalist Blothar appeared on camera, so did his codpiece that featured several prosthetic penises that weren’t sufficiently blurred for the viewing audience.

As such, there was a few seconds of video that aired on the FOX affiliate with the phallic adornments during the morning news broadcast before someone caught it. According to MySanAntonio.com, Street was let go from the station after eight years due to the mishap.

Street took the dismissal in stride, posting on his Facebook page that it was “bittersweet,” but added, “I’m honestly grateful that I was able to be on as long as I was. People don’t last in this market and to be allowed to do something as frivolous as a feature segment, and one that often went against the grain, for nearly five years, was an honor.”

The journalist says he hopes to return to television in some capacity and has been overwhelmed by the amount of support he’s received since he was let go from the station.

You Think You Know GWAR?