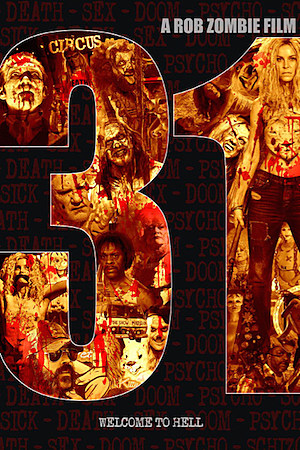 Architect of horror Rob Zombie is set to release the eighth film of his directing career, titled 31. While it will be making its premiere at the Sundance Film Festival later this month, the icon has had his sights on a theatrical release in theaters, but an NC-17 rating that was handed down in late December, 2015 hampered his ambitions. After multiple attempts, Zombie has finally secured the R rating he was seeking for his latest horror movie.

The difference between an NC-17 rating and an R rating is critical. NC-17 will not permit anyone under the age of 17 to see the movie, despite being accompanied by an elder and, thus, most theaters will not even show films with this rating. An R rating will allow children under 17, but only if accompanied by an adult.

Alterations were made to the film, which will still include “strong bloody horror violence, pervasive language, sexual content and drug use,” but it was enough for the MPAA (Motion Picture Association of America) to drop the NC-17 label in favor of R.

While the issue may have lead to frustration on Zombie’s end, fans of his films should be titillated by the initial issuing of the NC-17 label, meaning it will undoubtedly be one of the more sinister films in the director’s growing filmography. ’31’ sees five people kidnapped on Halloween and held hostage in Murder World where they must survive 12 hours against a gang of evil clowns by any means necessary.