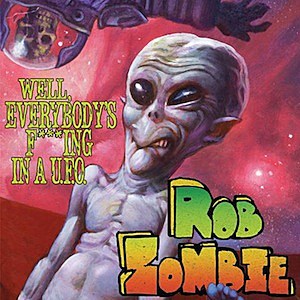 Rob Zombie is now streaming a new track from his upcoming sixth solo album. “Well, Everybody’s F—ing in a U.F.O.” is Zombie’s newest horror party cut and you can hear it in full right now.

Rob Zombie’s pseudo-hillbilly approach is undeniably charming in a way only Zombie could get away with. It’s simply a fun track that’ll surely get fans doing a hoedown while not beating the hell out of each other in the pit.

We spoke with Rob Zombie last summer at the 2015 Loudwire Music Festival. All the way back then he predicted “U.F.O.” would become the next fan favorite off his new album. “That’s gonna be the new big song that we have, amongst other ridiculous stuff,” Zombie said.