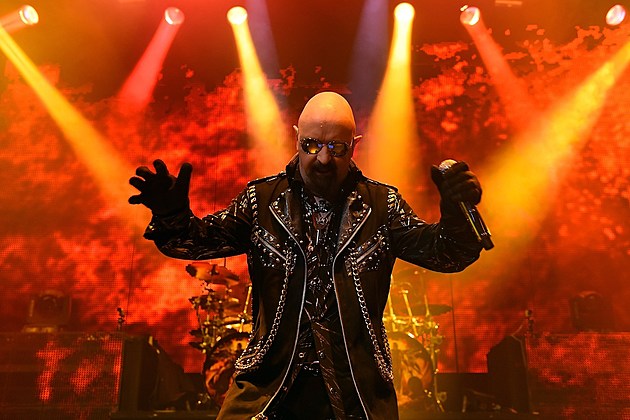 Rob Halford has done just about everything with his voice. Well, in regards to singing at least. Capable of hitting some of the highest notes in metal as well as the lowest, where else is there left to go? Narrating a holiday story of course! The Metal God tells the tale (audio below) of Frosty the Snowman’s idiot cousin Fronsty on the sci-fi podcast To the Manor Borne By Robots.

Fronsty lives with his mom and dad at age 36 and the day comes where they decide they need to get Fronsty a job. Since Frosty has some pretty close ties with Santa and the elves, they ask him if they can get Fronsty a job at the North Pole. Santa, as Halford describes, is a “total badass” who used to be a viking and have laser beam eyes. Though still jolly, Santa isn’t as pleasant as we traditionally perceive him. Santa punishes Fronsty by melting him down to a carrot and his coal eyes after going on a would-be expletive laced flurry, replacing reindeer names for curse words after Fronsty accidentally burns down the elves’ toyshop.

Fronsty’s mishaps continue even in the bake shop when he accidentally puts gunpowder in the cookies instead of baking powder. When the celebrations begin, everyone lights cigars which cause the cookies to explode and Fronsty winds up as a puddle again. One batch of cookies is found without gunpowder and they are actually delicious. The unfortunate snowman goes to sleep disappointed from the day’s failures with the one good batch still on his mind.

To find out the rest of the story and what happens to Fronsty, listen to the entire podcast below.

Halford has joined in the Christmas spirit before, releasing the Winter Songs album under his solo moniker. The record features traditional classics like “We Three Kings” and “Oh Holy Night” as well as original holiday songs.

Listen to the Tale of Fronsty the Snowman

Your browser does not support the video element.