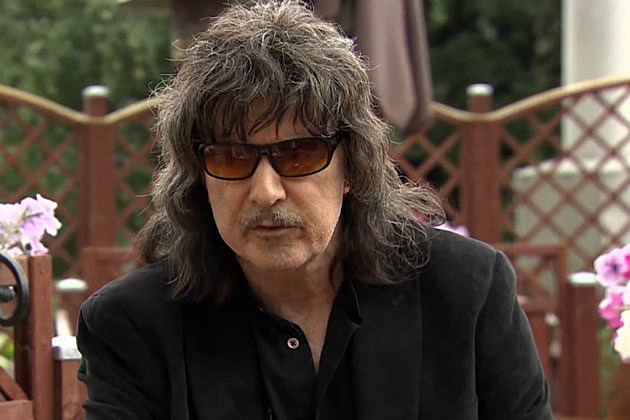 After months of teasing and slowly releasing tour dates, rock legend Ritchie Blackmore has finally lifted the veil on who will be rounding out his touring lineup as he delivers Deep Purple and Rainbow classics to fans at select European shows. Blackmore has not played rock music in almost two decades, but is ready to deliver some of his blistering fretwork for a couple days in 2016.

Joining the six-stringer will be singer Ronnie Romero, Stratovarius keyboardist Jens Johansson, Blackmore’s Night drummer David Keith and Bob Nouveau on bass. While many were hoping for supergroup-like lineup consisting of some of rock’s biggest stars, Blackmore is keeping the focus on himself, which is truly the heart of these shows.

Speaking about Romero (before his name was revealed) with Billboard, the guitarist said, “I’m now 70, so I just felt like playing some rock ‘n’ roll for a few days. We’re going to do four or five dates of just playing the old rock stuff, Purple stuff and Rainbow.” Adding why he wants to play these shows, he continued, “I’m doing it for the fans, for nostalgia, and the singer I found is very exciting. He’s a cross between [former Rainbow frontman Ronnie James] Dio meets Freddie Mercury. So, this will mean exposing a new singer to the masses, and I’m sure he’ll become pretty famous because of his voice.” A video of Romero singing the Deep Purple classic, “Stormbringer” can be viewed below.

In July, he guitarist revealed that he had the desire to play rock again after spending his time playing a mix of celtic rock, folk and medieval rock with Blackmore’s Night. Rumors were swirling from frontman Joe Lynn Turner about a Rainbow reunion, but Blackmore shot those down, at least in regards to Turner fronting the group again.

Blackmore will be performing two shows at Monsters of Rock in Germany on June 17 and 18 along with another a show June 25 in England. More dates are expected to be announced, but as mentioned, it will only be a select few.