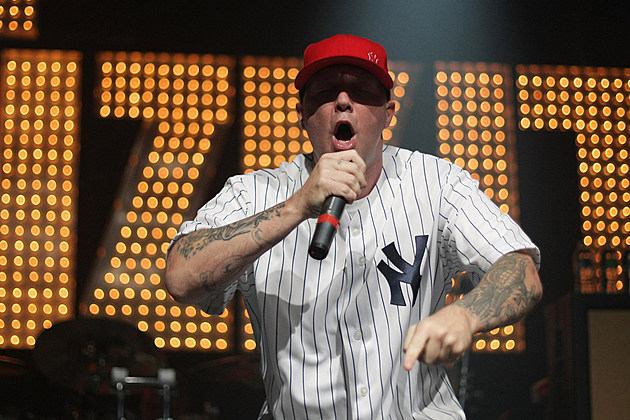 The Ukrainian government has just told Fred Durst where he can stick his cookie. The Limp Bizkit singer has been barred from entering the country for the next five years, ultimately stemming from his interest in Russia and a possible move to Crimea, which was annexed by Russia in 2014 in the aftermath of the Ukrainian revolution.

As reported by USA Today, the ban has been put into effect “in the interests of guaranteeing the security of our state.” Durst expressed the desire to move to Crimea, which is also his wife’s native country, back in October when the country’s prime minister initiated an effort to bring Western celebrities into the country to help provide a Beverly Hills-esque spot to the country.

The singer said he would like to produce films and TV series in the annexed territory while spending half a year in the territory to make a “great future of Crimea and Russia.”

Limp Bizkit recently completed a month-long tour of Russia and Durst had expressed interest in the country prior to beginning the run, stating in an interview, “I wouldn’t mind getting a Russian passport! If you have communication with the relevant authorities, which would assist with obtaining it, share! How Russia is portrayed in the media is far from reality, and I want to prove to everyone, that it’s really cool.”

Meanwhile, Durst’s bandmate Wes Borland will be staying stateside to work on his own television content for the DIY Network. The home renovation show is titled American Rehab: Motor City and features the guitarist and his wife renovating a house they purchased in Detroit.

Limp Bizkit’s Break Stuff Gets Mashed Up With ‘Seinfeld’ Theme