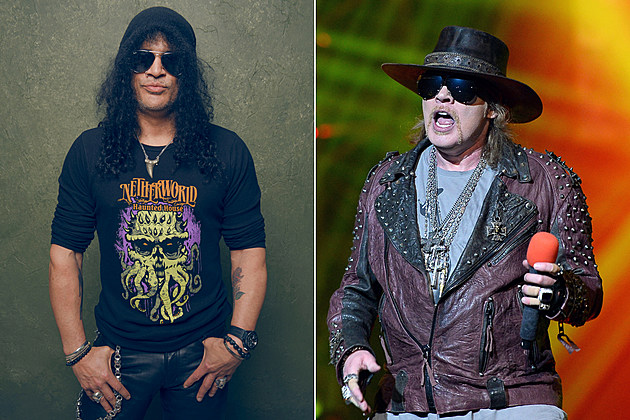 The rumors have been rampant in recent months. Now Billboard is reporting that Guns N’ Roses, with founding members Axl Rose and Slash in tow, will headline the 2016 Coachella Music & Arts Festival in Indio, Calif. Like the past few years, Coachella will take place over two weekends, with April 15-17 and April 22-24 blocked out on the schedule.

In addition, the report states that the band is also on tap to be one of the first acts to play the new Las Vegas Arena, which officially opens on April 6. The date of the Las Vegas Arena show has not been revealed, however.

The report does not reveal the remainder of the Guns N’ Roses lineup, something that has been of interest to the fans. Rumors have suggested that guitarist Slash and bassist Duff McKagan would be be joining Axl Rose, along with a few members of the most recent GN’R incarnation. There has been no word on whether drummers Steven Adler and Matt Sorum or guitarists Izzy Stradlin or Gilby Clarke from the band’s ’80s and ’90s eras would be involved. The rumor mill really began to take off over the summer when Slash revealed that he was on friendly terms with Axl Rose again. The news came shortly after guitarists DJ Ashba and Ron “Bumblefoot” Thal exited the band, and fans began to connect the dots, hoping that a reunion of the classic era lineup was in the works.

McKagan recently offered a Twitter tease, showing a photo of his arm with the “LAMF” tattoo, a symbol that was prominent for McKagan during the Use Your Illusion touring cycle of the band. In addition, a video teaser has been appearing during previews in front of Star Wars: The Force Awakens. The brief clip shows frenzied fans cheering while Axl Rose’s familiar “You know where you are?” from “Welcome to the Jungle” can be heard over the cheering fans. There has also been a recent updating of the band’s website to include the classic “bullet” logo from the early days.

Though Billboard is reporting the news as confirmation, representatives for the band as well as for Coachella and AEG, who operates the Vegas arena, have yet to respond to the report. Billboard is also stating that the band is negotiating with promoters to play as many as 25 football stadiums in North America during the summer of 2016. Stay tuned as more details come to light.