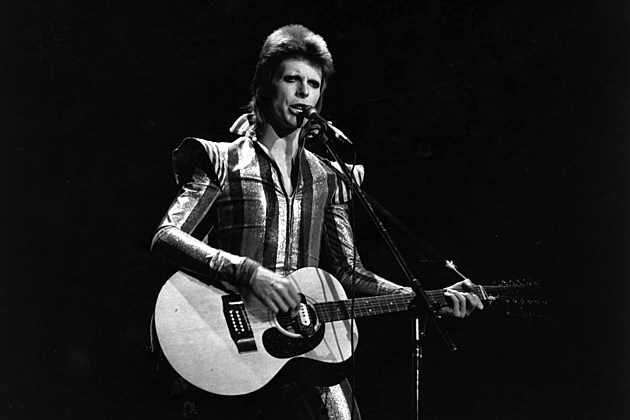 The details of David Bowie‘s health struggle seem to be coming to light in the press. According to various sources within Bowie’s inner circle, the rock icon was suffering from liver cancer and allegedly had experienced six heart attacks in his final years.

David Bowie battled cancer in private for 18 months before passing away on Jan. 10. Those close to Bowie reportedly knew all about his struggle and it’s a great testament to their characters that word never leaked into the public.

Shortly before Bowie’s death, he was working on the musical Lazarus with theater director Ivo Van Hove. Van Hove says he had known about Bowie’s cancer for a long time though this information was never disclosed to the Lazarus cast. “He told me more than one year and three months ago that he had liver cancer, just after he had been told himself,” Van Hove told Dutch radio station NOS.nl. “He said that because he knew that he may not always be able to be around.”

Van Hove described to NRC.nl that he saw Bowie for the last time at the premiere of Lazarus on Dec. 7. “Newspapers wrote that he looked so well, so healthy. But when we left, he collapsed straight away,” Van Hove shares. “It was then that I realized that it may be the last time I would see him.”

A David Bowie biographer is also making public claims about Bowie’s health issues, telling BBC News the musician “had six heart attacks in recent years,” adding she obtained this information “from somebody very close to him.”

Two days before Bowie’s death, he released his 25th studio album, Blackstar. Ivo Van Hove addressed Bowie’s tremendous spirit and how he wrote like a “lion on his deathbed.” Van Hove says Bowie lived to complete Lazarus and Blackstar, which he did with the utmost integrity.

Dozens of tributes have been written by fellow rockers. To check them out, click here.