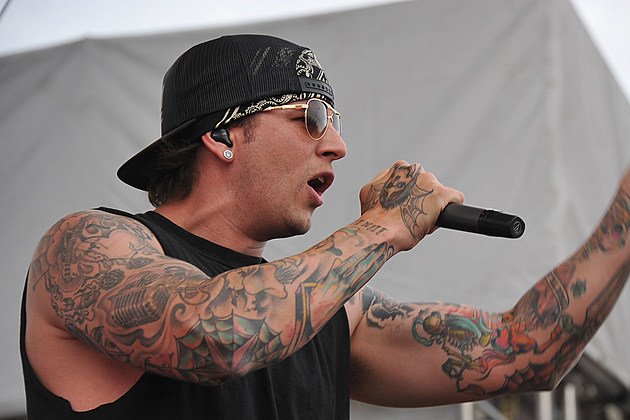 Avenged Sevenfold revealed late last year that they’ve figured out their drummer situation as they start to think about their next album, but who will be releasing that album is currently a bone of contention.

According to Billboard, the band is at odds with their record label Warner Bros. and their conflict has turned legal. The band has cited California’s “seven-year rule” which allows parties to leave personal service contracts under certain circumstances after seven years have passed. Meanwhile, Warner Bros. has filed a breach-of-contract suit against the band, seeking compensatory damages as a result of the unfulfilled contract.

The California law was amended in the ’80s to allow record companies to claim lost profits on uncompleted albums, but the labels reportedly only have 45 days to file a claim when an artist exercises a right to terminate their contract.

The band’s attorney, Howard E. King, revealed that Avenged Sevenfold has exercised their right. The group signed with Warner Bros in 2004 and King states that the label has undergone multiple regime changes that led to a dramatic turnover at the company to the point where “no one on the current A&R staff has even a nodding relationship with the band.”

In their lawsuit, which was filed on Jan. 8, Warner Bros. claims that Avenged Sevenfold’s action is unlawful. The label claims the band sent their letter of intent to leave their contract on Nov. 25, but it did not reach the label until Nov. 30. In addition, Warner Bros. claims that they have invested significant funds in the band’s future releases based on the belief that the contract would be upheld and the sudden decision to opt out of the deal is a breach of good faith and fair dealing.

As for Avenged, King says, “The band looks forward to building a relationship with a new label. [The group] has every expectation that it will forge the success and personal relationships with them that it once had with Warner Bros.”

As previously stated, the group revealed last fall that former Bad Religion drummer Brooks Wackerman had joined the band, filling the void when the band decided to part ways with Arin Ilejay.