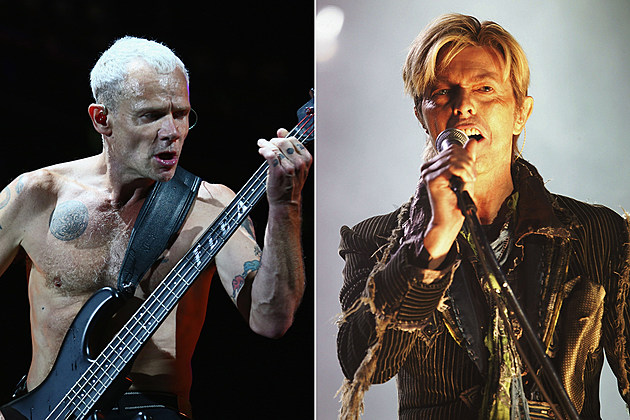 Much like Dave Grohl did after the passing of Lemmy Kilmister, Red Hot Chili Peppers bassist Flea has some fresh ink in honor of his musical hero, David Bowie. The rocker posted footage of himself with the new tattoo with audio of Bowie’s Hunky Dory album playing in the background.

In his Instagram posting, Bowie also offered some lyrics from the classic track “Changes,” stating, “And these children that you spit on as they try to change their worlds.” Check out Flea’s Instagram post below, as well as another Instagram photo that he posted of himself and Anthony Kiedis with Bowie that went up after the announcement of Bowie’s death.

And these children that you spit on as they try to change their worlds.

Flea went into further detail about what Bowie meant to him in a series of tweets on Twitter. The rocker, who just last week expressed his excitement over Bowie releasing a new album, called Bowie his “hero” and stated, “He was the best. None came close.” See his comments on the death of Bowie below.

Red Hot Chili Peppers are in the midst of working on a new album. A firm release date and details on the disc have yet to be announced, but it does look like a 2016 street date is likely.

Read Some of the Other Musician Salutes to David Bowie