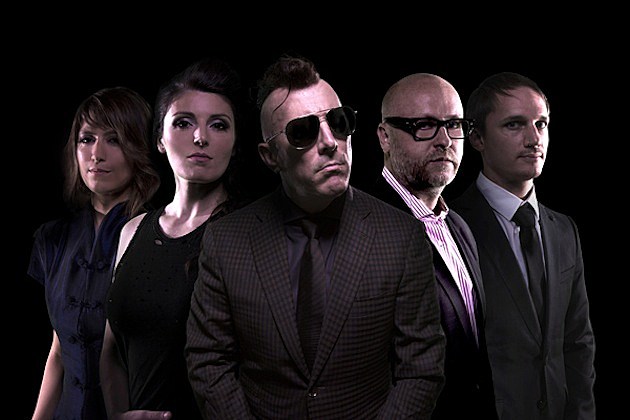 Puscifer are getting ready to release their third studio album, Money Shot, and embark on a 2015 North American tour. To get fans even more excited, Maynard James Keenan and company have offered a stream of the new album’s title track.

Puscifer have already unveiled “Grand Canyon,” a stunning track celebrating the majesty of nature, and now we’ve got Puscifer’s second public offering from Money Shot. The “Money Shot” track is more of a driving track than the sombre “Grand Canyon,” once again showing the sonic diversity found in Puscifer’s realm. Head over to Rolling Stone to listen to the new song.

“There was a little more schizophrenia with the first record,” Maynard tells Rolling Stone. “We were in hotel rooms, and we were recording in a different studio every day on the road, but the hardest part was, ‘Okay, you’ve got two other bands; how do we make this third thing not sound like the others?’ With the second [Conditions of My Parole], I felt we kind of settled into ourselves — and this one [Money Shot] is more about me in that place, if that makes sense.”

Maynard also speaks about Puscifer’s all-new stage show, “With Puscifer, we realize that the digital age is just endless possibilities, and nothing is written in stone. So whatever stage show we start off with on this tour, it might change and go in a complete opposite way. We’ve built an audience that, for the most part, is open enough to whatever we present them. They’ll go, ‘That was awesome,’ even if it’s something like us playing AC/DC covers for the entire show.”

As for the eternal question of Tool‘s new album, Maynard comments, “I write lyrics and melodies to music. If I don’t have music, I can’t.”

See the Birthdays of Maynard James Keenan and Other Rockers