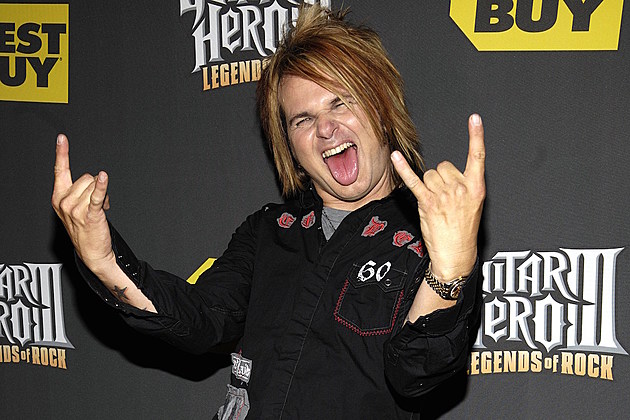 Poison drummer Rikki Rockett kept his oral cancer a relative secret after initially being diagnosed in June earlier this year. Now in recovery mode, he broke the news to Eddie Trunk earlier this week. Describing his numerous rounds of chemotherapy and 35 radiation treatments over the course of seven weeks. Though he is still recovering, even remaining on a liquid diet, the skinsman feels optimistic about his status thus far.

After an outpouring of sympathy from family, friends and fans, Rockett reiterated his status to those who got caught up in the maelstrom thinking he had simply announced that he has oral cancer. Posting on his personal Facebook page, the drummer stated,

Besides getting slammed with people coming out of the woodwork, people seem to have my situation a little confused. Let me be clear… I am done with treatments. I am recovering and recovering very well. I do not know 100% if I am cancer free yet until I get my PET Scan, but all signs so far point to remission.

I thank all of you for caring. I wish I could answer all my calls, texts, messages, etc. but I simply can’t or that is all I would do all day and I’m a Daddy first.

Describing his initial symptoms that led to the diagnosis, Rockett told Trunk, “[In] June, I kind of got sick. I had this horrible cold, sore-throat thing, and they were scoping me and they were doing biopsies, and nothing was coming up. And finally a doctor at USC did a biopsy and took a look and he said, ‘I believe you have oral cancer.’”

He detailed other rock and metal musicians and celebrities who have experienced a similar situation saying to Trunk, “And what it was is a tumor at the base of my tongue … This is very similar to Bruce Dickinson, very similar to Michael Douglas, similar to Tom Hamilton, as far as I know; I don’t know the details of his. And two adjacent lymph nodes that it kind of … Normally, it does spread to the lymph nodes; that’s typical. That’s how you find out you have it ninety percent of the time.”

Rockett is not the only member of Poison to experience medical issues the last few years. Singer Bret Michaels has been in and out of doctors’ offices the last few years with a variety of problems. The brunt of it came in 2010 when the frontman underwent an emergency appendectomy, was treated for a subarachnoid hemorrhage and a hole in his heart was discovered all in the span of just over a month. Michaels was also forced off the stage at a show in 2014 due to extremely low blood sugar stemming from his Type 1 diabetes.