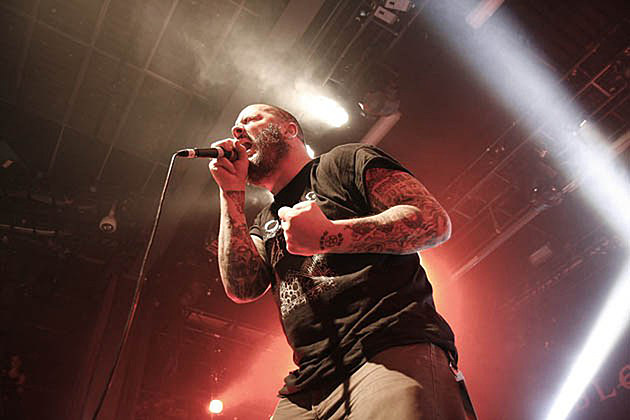 Philip Anselmo has been the face of controversy ever since his racially charged actions at Dimebash 2016 were caught on video. Following an all-star performance of “Walk” at the annual tribute show to the late Pantera axeman Dimebag Darrell, Anselmo threw a Nazi salute and, without a microphone, belted out the words “White power.” Despite issuing an apology, his actions have led to more consequences, most recently with his band Down being booted from the Fortarock Festival in the Netherlands. The singer has issued another apology, also suggesting the rest of Down carry on without him.

The statement was released on Anselmo’s website and the full apology now occupies the home screen. He reiterates how he feels about the situation, sorry for the pain he has caused in others and understanding of the reactions fans and musicians have had. The apology reads as follows:

To all this will concern,

Every citizen in this entire world has the unalienable right to live with dignity and respect without hate or oppression. And I mean this, with all of my crushed, yet, guilty heart.

It’s common knowledge that we can choose to either learn from our mistakes, or continue on a path of insensitivity and destruction.

I am utterly responsible for the mistakes I have made, and can only give you my word to no longer do them in the present, through ACTION, not just mere words.

My band mates are now experiencing the consequences of my behavior, and I now publicly apologize to them as well. Never in my entire lifetime would I drag them down with me, and I’ve privately suggested to them that they move on without me.

My biggest obstacle(s) are the over-indulging in the booze and blurting out spiteful, ignorant reductions of the human spirit itself. I will address these issues, head-on.

I’m repulsed by my own actions, and the self-loathing I’m going through right now is justified by the hurt I’ve caused.

I realize we live in a society where apologies are NOT accepted easily, yet long for a day when they can be, but I also understand if I’m shunned till I hit the dirt.

From the bottom of my heart, and with all sincerity, I once again am truly sorry for the pain I have caused.

If Anselmo were to step away from Down, it would leave Corrosion of Conformity frontman Pepper Keenan and Eyehategod‘s Jimmy Bower as the only original members of the supergroup. It remains to be seen if Down will heed the advice of their singer either with a new frontman or existing members of the band picking up the slack and handling the vocals themselves.

The decision to remove Down from the FortaRock lineup was made after “close consultation between all parties” where the organizers ultimately concluded, “We want to make it clear that there is no room for racism or fascism at FortaRock.”