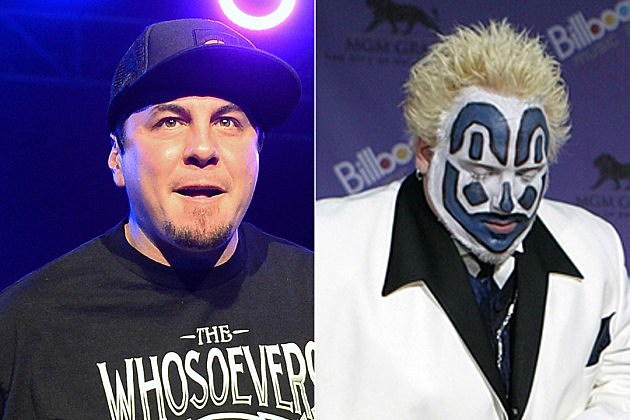 Rob Zombie has taken his “Great American Nightmare” Halloween Horror event to Villa Park, Ill., for 2015 and he’s just announced another fun night of rocking for those in attendance. On Saturday, Oct. 3, P.O.D. and Insane Clown Posse will head up the performance lineup, which also includes Stitches, Young Wicked and Dope D.O.D.

P.O.D. will be supporting their latest album The Awakening, which features such standout cuts as “Criminal Conversations” with special guest Maria Brink, the high energy “Speed Demon” and the current single “This Goes Out To You.” Meanwhile, Insane Clown Posse will bring their horrorcore hip-hop sounds to the Great American Nightmare stage, as well for a thoroughly entertaining evening that will surely see a large number of Juggalos in attendance.

Tickets for the Oct. 3 show go on sale this Friday (Aug. 28) at 10AM CT starting at only $35. Tickets include not only the show but also all of the haunted park attractions. Tickets purchased at the door (if available) will start at $45. A limited number of VIP packages are also available at the Great American Nightmare website. And for those looking to make a weekend of it, the Oct. 3 date will be bookended by Oct. 2 and 4 shows where Rob Zombie himself is the featured artist.

This year’s Great American Nightmare features three primary horror attractions based on Zombie’s films — Captain Spaulding’s Clown School in 3D, The Devil’s Rejects and 31. The horror-based attraction will be open for business starting on Sept. 25 and 26. Other dates of operation include Oct. 2-4, 9-11, 15-18, 22-25 and Oct. 29-Nov. 1. The Great American Nightmare is staged at the Odeum Expo Center in Villa Park, Ill.

P.O.D. Release ‘This Goes Out To You’ Video