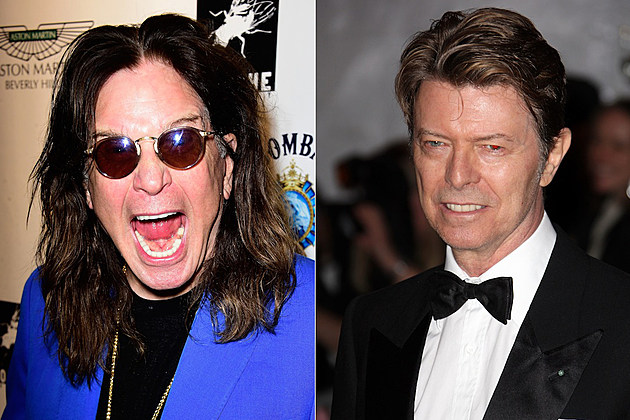 Ozzy Osbourne has opened up about David Bowie following the rock icon’s sudden death earlier this week. Ozzy says Bowie’s death “knocked the s–t” out of him, elaborating that he had no idea Bowie was so ill.

For many rock and metal veterans, the past few weeks have been tragic. With the deaths of Lemmy Kilmister and David Bowie, artists like Ozzy Osbourne lost two friends and contemporaries. “Everybody’s dying around me, but I’m at that age,” Ozzy tells Rolling Stone. “People start to fall off, not one every nine months, one every f—ing day, a week. It’s happening so frequent now. F—ing hell.”

Though Ozzy wasn’t in Bowie’s inner circle, who kept the musician’s cancer behind extremely tight lips, Ozzy shared some precious moments with rock’s spaceman. Along with running into Bowie at various Alcoholics Anonymous meetings, Ozzy would sometimes run into Bowie while being out and about in L.A. “I’d just been to Barney’s Beanery,” Ozzy says. “I heard someone say, ‘Hello, Ozzy.’ And it’s bloody Bowie shouting across the road to me.”

Ozzy reveals his daughter Kelly Osbourne was extremely distraught after hearing of Bowie’s passing. “My daughter met him and she was in tears when he died,” Osbourne says. “It was f—ing crazy. Anyway, he’s gone. It’s a terrible hole in the f—ing business … He was one of the greats.”

Check out Ozzy’s full statement on David Bowie over at Rolling Stone.